Some of you might remember that I was nominated for the Women In Toys, Licensing & Entertainment (WIT) Wonder Women Social Influencer Award last year, which was a complete honor. Well, this year there was no Social Influencer award category for me to be nominated in. However, they have asked me to be an Influencer Judge for the awards!

I was both humbled and stunned by this request. I learned that one of the honorees is going to be Geena Davis!  When I was younger, I literally got stopped in the street numerous times in NYC because people wanted to tell me that I looked like her. When we did the Beaches Moms Instagram challenge a few years back, a blogger friend of mine took a pic to say that I resembled her. Honestly, I have not seen this resemblance, but it makes for a cute story right?

We are excited to return to NYC once again and we’re looking forward to checking out this year’s new toy offerings at the International Toy Fair February 18-21, 2017. It’s not open to the public, so you should stay tuned to my social channels for what I am allowed to post. (Some toys are on embargo).

On February 19th, I will be attending the 2017 (13th Annual) WIT Wonder Women Awards Gala. The Wonder Women Awards Gala theme will be WIT Changemakers: Playing it Forward, and will recognize and honor female executives who are creating positive change by giving back, passing on the lessons they’ve learned, and paving the way for future leaders. This year they will honor Academy Award®-winning actor and advocate Geena Davis with a Changemaker Award and Jill Barad with the Lifetime Achievement Award.

“We are thrilled to be honoring Geena Davis and Jill Barad this year,” said Genna Rosenberg, Co-Chair of the Wonder Women Awards Gala and Principal of GennComm. “Both have made history for women in our industry and helped pave the way for today’s businesswoman to grow, thrive and prosper on a more level playing field.” 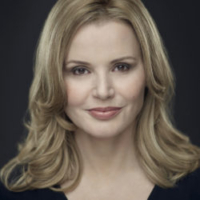 Changemaker Award honoree, Geena Davis, co-founder and chair of the Bentonville Film Festival and founder of the Geena Davis Institute on Gender in Media, has been at the forefront of gender equality in film and entertainment and an impactful advocate to the toy industry on the importance of improving gender balance, reducing stereotyping and creating diverse female characters in kids’ entertainment. 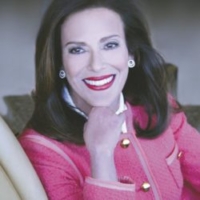 2017’s Lifetime Achievement honoree, Jill Barad, is a former Chairman and CEO of Mattel, who challenged and shattered the glass ceiling when she became one of the most prominent female chief executives in America. She was one of few women at the helm of a Fortune 500 company, while helping to build Barbie from a $320 million business to a $2 billion global brand. Both women will be honored at the 13th Annual Wonder Women Awards Gala on Sunday, February 19, 2017 at Pier 60, Chelsea Piers in New York, during New York International Toy Fair. For more information and to purchase tickets to the Gala, please click here.

Both women will be honored at the 13th Annual Wonder Women Awards Gala on Sunday, February 19, 2017 at Pier 60, Chelsea Piers in New York, during New York International Toy Fair. For more information and to purchase tickets to the Gala, please click here.

I think I will probably host another #ToyMamas twitter chat this year in celebration! Stay tuned!