Disclosure: I am a Feld ambassador and have participated in special media event related to Monster Jam. I will also receive tickets to attend this event. All opinions expressed are my own and no additional compensation was received.

As an 80’s baby myself, I grew up with Monster Jam®.  I remember watching the commercials on TV in NY, and wanting to actually climb aboard Grave Digger®. I was always into collecting toy cars and even had a replica Grave Digger that I used to pretend crush my Hot Wheels.  Little did I know that I would one day get to meet the founder of Grave Digger, Dennis Anderson.  Only this time, my kids are the ones who are looking at everything in awe. 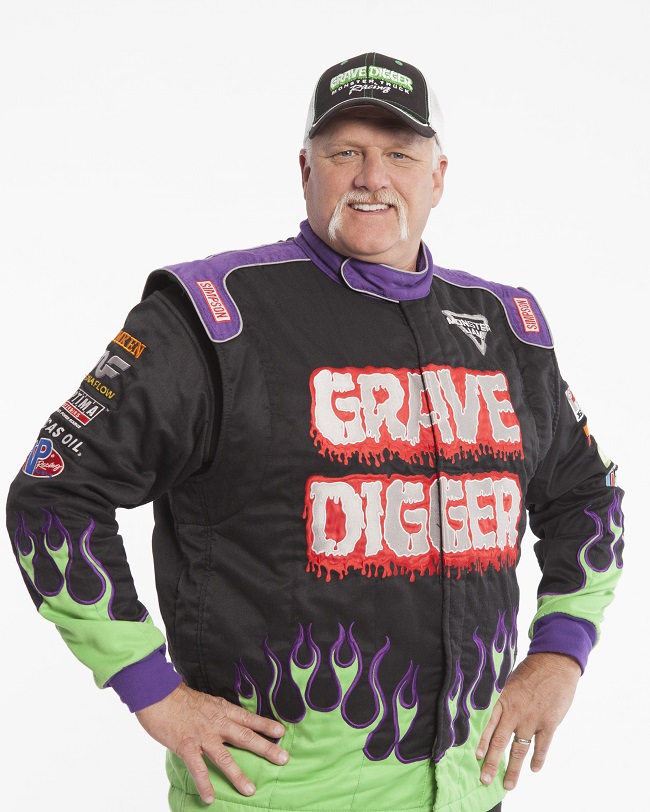 Dennis is now retired from driving, but that doesn’t stop him from making the rounds to promote the business he loves. His kids have even taken up the mantle with his son and daughter driving Grave Digger, and his other son driving Son of a Grave Digger. He has a younger son  who is not quite old enough to drive at the live shows yet, but is itching to get his chance. 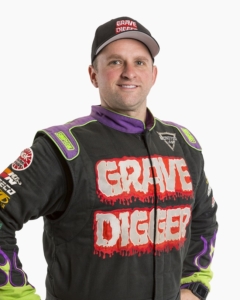 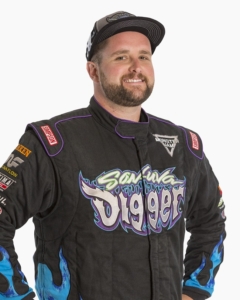 One thing you notice about Dennis right away is that he’s a great storyteller. He just has this way of mesmerizing you with stories of how he created Grave Digger, how Monster Jam started out, his trip around the world with a TV Show,  and even how he built the house he currently lives in. He says that he has a book, but he’s not into writing so much. I suggested he start a podcast. Podcasts have grown in popularity, especially around niche topics with a strong fanbase (such as the WWE). Grave Digger, rebuilt as the Monster Truck we know it as in 1984, has built quite an enthusiastic following in the last 35 years. What’s really interesting to him is that this sport transcends location or politics, being extremely popular in Florida and Texas as expected, but also popular in California and New York. In fact, “Monster Jam is also international thanks to Feld,” he says. And now, Monster Jam, for the first time ever, is taking it’s annual World Finals on the road to host cities, starting with Orlando.

“We are thrilled to announce the next step in the evolution of the Monster Jam franchise as we embark on a new chapter. Like other major sporting events, such as the Super Bowl and the NCAA Final Four, Feld Entertainment will bring our marquee event to world class destinations across the U.S., starting here in Orlando with our 20th Anniversary Monster Jam World Finals,” said Kenneth Feld, Chairman & CEO, Feld Entertainment. “Orlando is a city that is not only a premier sports destination, but it’s a city synonymous with family entertainment. We’re excited to make Monster Jam World Finals accessible to even more fans, with the anticipation of over 50,000 fans from around the world converging on “The City Beautiful.” “Bringing the Monster Jam World Finals to Camping World Stadium next year is a big deal for Orlando and further proof we are one of the country’s premier sports event destinations,” said Orlando Mayor Buddy Dyer. “We’re grateful for our longstanding partnership with Feld Entertainment and can’t wait to see our stadium packed with fans of Monster Jam’s premier event.” “We are thrilled to host the Monster Jam World Finals in Central Florida,” said Orange County Mayor Teresa Jacobs. “There’s simply no place like Orlando when it comes to a family and fan-friendly environment. We welcome fans from around the world to our great community for this action-packed event.”

“On behalf of our board of directors and community partners, we are looking forward to hosting Monster Jam World Finals in 2019 and 2020,” said Jason Siegel, CEO of the Central Florida Sports Commission. “We want to thank the Feld family for the opportunity to welcome one of their premier events to Camping World Stadium, and we know their fans and athletes will have a tremendous experience here in Central Florida.“

Monster Jam World Finals XX will be held at Camping World Stadium May 10–11, 2019 featuring all-new competition formats, including an elevated starting line above the seats and seven championship crowning moments. The championship weekend will deliver unprecedented access to the most Monster Jam athletes and the larger-than-life Monster Jam trucks they drive.
For more information, visit MonsterJam.com

Receive 20% off select seats with code BLOG20. Not valid on VIP seating. Hurry for the best available seats! Code expires May 9, 2019. 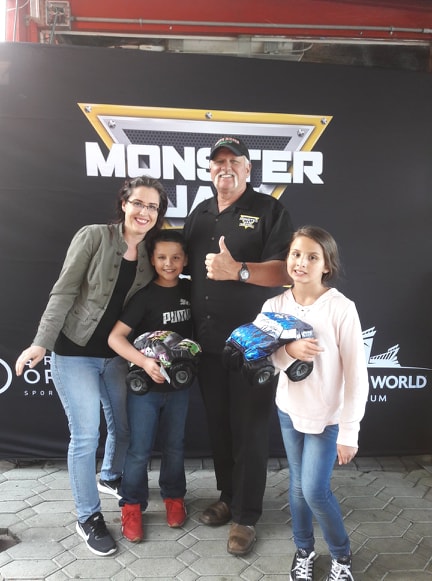