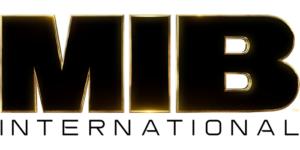 Can you believe the first Men In Black (MIB) Movie came out in 1997? Yep! I’ve basically had MIB around for my entire adult life. And now the fourth in the series, MEN IN BLACK: INTERNATIONAL, is now available for the home! (Are you already hearing Will Smith in your head?) It debuted on Digital August 20th and, as of today, is now available on 4K Ultra HD Combo Pack, Blu-ray Combo Pack and DVD. from Sony Pictures Home Entertainment.

This movie runs nearly 2 hours (approximately 115 minutes), so be prepared with some popcorn and some spare time because you will not want to be distracted. Also, it’s rated PG-13 for sci-fi action, some language and suggestive material; so you may not want to share it with your younger kids. 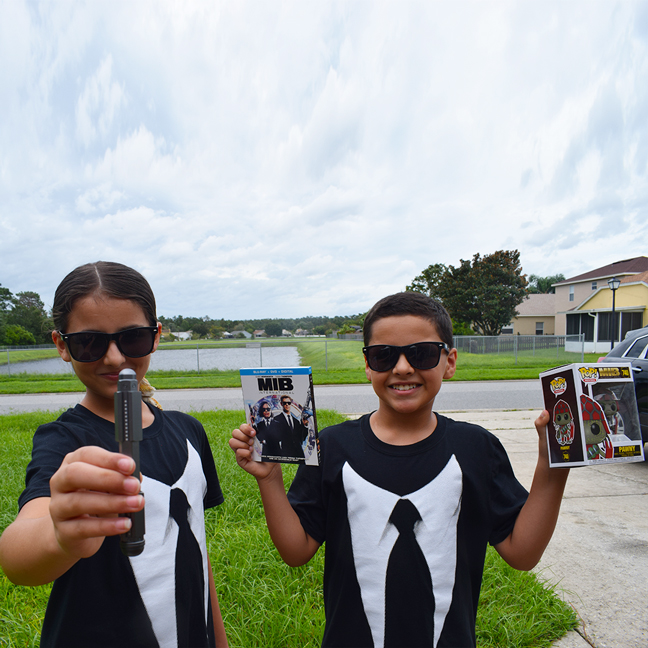 First off, it stars two Avengers alumni, Chris Hemsworth (Avengers: Endgame) and Tessa Thompson (Thor: Ragnarok), and Spielberg is one of the Executive Producers, so I was already intrigued. The Men in Black have always protected the Earth from the scum of the universe. In this new adventure, they tackle their biggest, most global threat to date: a mole in the Men in Black organization. Hemsworth and Thompson join forces to take on an apocalyptic alien threat in this exciting globetrotting adventure  directed by F. Gary Gray’s (The Fate of the Furious). Joining them is an all-star supporting cast that includes Kumail Nanjiani (The Big Sick), Rebecca Ferguson (Mission: Impossible – Fallout), Rafe Spall (Jurassic World: Fallen Kingdom), international dance phenoms Les Twins (Laurent Bourgeois & Larry Bourgeois) with Emma Thompson (Late Night) and Liam Neeson (Taken).

The 4K Ultra HD Combo Pack and Blu-ray of MEN IN BLACK: INTERNATIONAL feature exclusive deleted scenes–plus erase away those embarrassing moments with an all-new Neuralyzer infomercial and let Frank the Pug trace your out-of-this-world roots with Alien-centry.com. All formats come packed with bonus feature content, including a gag reel, several behind-the-scenes featurettes and much more! 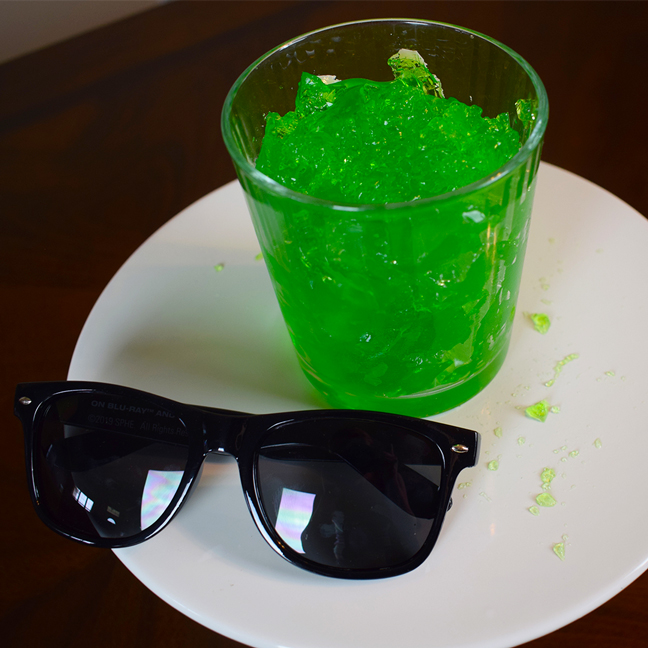 Have a Family Movie Night

In case you haven’t noticed, our family is majorly into movies. We have family movie nights every weekend, and we love showing our kids movies from the past. They’ve already seen the other three MIB movies, so they were pretty excited to see this one. Of course, we do the usual movie night activities like eat popcorn and snack on movie theater candies. But have you ever considered preparing themed treats and/ or activities to get your kids even more into the movie? Our kids dressed up in these cute “suit” t-shirts and donned the iconic black sunglasses. We also got our hands on a Neuralyzer to make the role-playing even more realistic. Wicket, our bearded dragon, served as our “alien.” You can serve green drinks  (Lemon-Lime G2 Gatorade), slice some Kiwi for snacks (because they do look kind of alien-ish, right?) and make green alien slime (Jello-O), to play into the alien theme a bit more.  I used both green & yellow gelatin to keep the color a neon green, and gave my kids some edible glitter gel to decorate their alien slime. We made a dessert and aliens from the slime. (Notice, I mentioned healthier snack options to counteract the popcorn and  movie theater candy?) And you could even run a dance contest, MIB-style.

Get Social with MIB

Interesting Fact: My family loves pugs, so our favorite all-time MIB character is Frank the Pug. Do you have a favorite?

Disclosure: I received this movie and some promotional items pictured above, in exchange for this post. All opinions expressed are my own and no additional compensation was received.