Little known fact, I used to take dance classes when I was younger. Plus, I played the flute for about 10 years. Combine those passions together and you get High Strung. It’s a movie that synergistically combines both avenues of creativity, to bring you something just a little bit different in a movie.

Though the teen love/dance battle/ talent show prize money concepts may seem a bit played out in comparison to the numerous flicks that already exist, this movie adds in some elements that we haven’t quite seen before. For one, there is an epic dance battle that merges with an instrument battle to bring you a scene that makes you feel stimulated and alive after watching it. Another element is the clear professionalism and technique exhibited by the actors, which makes the rhythm (rather than the drama) as the star.

My daughter Dittles absolutely loved this movie, and it is docile enough for your kids to watch. Unlike other teen-targeted movies, this one does not mingle in gratuitous sex or violence. (Even Disney has picked it up for international distribution).  Plus, it exhibited all of the elements necessary to make it an American teen cult classic, right down to the boy with a British accent.

I’m actually surprised it’s only opening in only 100 theaters. But, as with most cult classics, the community will be key in spreading it and they can even request showings in their own local communities by visiting here: http://www.highstrungthemovie.com/request-a-screening/

In a city where only the best succeed, two radically talented people from opposite sides of the tracks need to find harmony to achieve their dreams.

RUBY ADAMS is a dancer from the Midwest on scholarship, living her first day in New York City. JOHNNIE BLACKWELL is a British musician, playing for money in the subway tunnels. Ruby’s world is classical and disciplined; Johnnie’s is improvisational and street smart. When a hip-hop battle gone wrong throws these two artists together, they immediately clash but can’t deny it when sparks begin to fly. Their lives quickly get entangled in the pitfalls that come with competing in New York City. With the help of a dynamic dance crew called The SwitchSteps, Ruby and Johnnie must find a way to save Ruby’s scholarship and keep Johnnie from being deported.

In an action-packed extravaganza combining cutting edge hip-hop with contemporary and classical dance, the two must navigate their opposing worlds and prepare for a competition where winning or losing will change their lives forever.

High Strung opens in theaters on April 8th. You can find a list of theaters on http://www.highstrungthemovie.com.

Get Social with High Strung 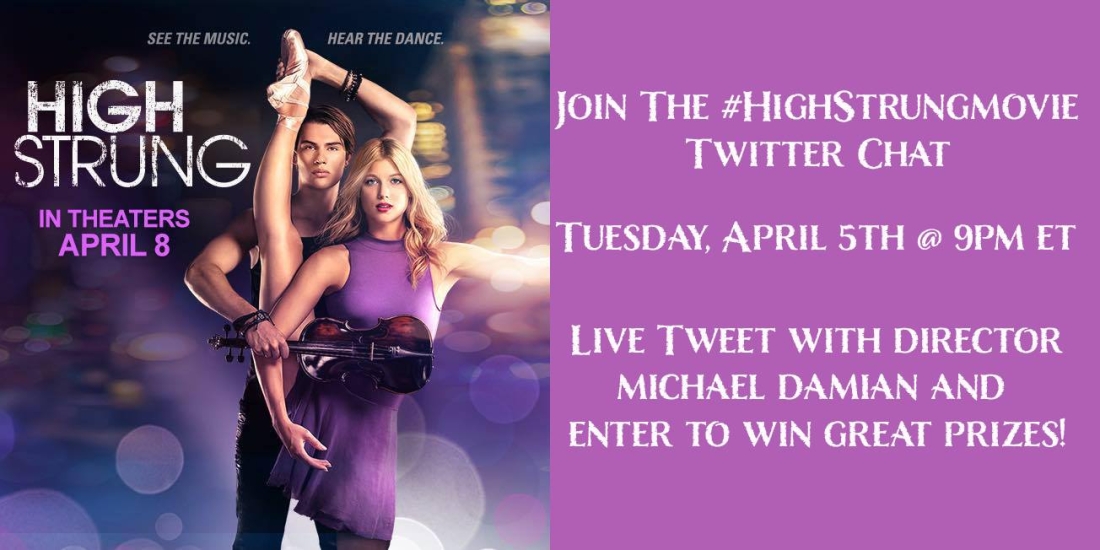 Disclosure: This is a sponsored post. All opinions expressed are my own.