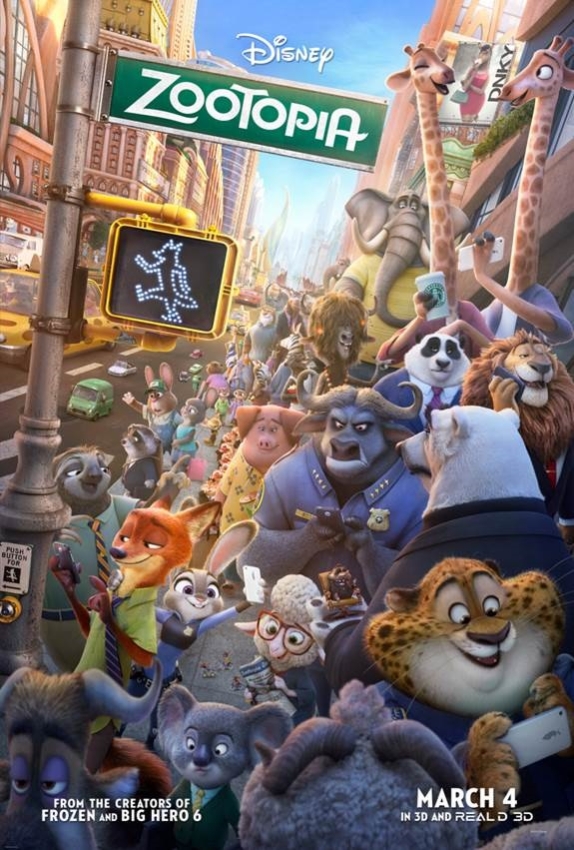 For those of you who can’t get enough of these ZOOTOPIA clips, we’ve got some more for you! With each new clip, we delve into the Zootopia world even further and get to know the characters just a little bit more. Check out these three clips below and stay tuned for more movie info coming soon!

In this clip, we get to meet Clawhauser, which appears to be a stereotypical donut-eating cop. He noticeably calls Judy “cute,” to which she implies the term should only be used between bunnies and that it could be viewed as an insult when others say it. As Judy walks away, he expresses sympathy for Judy, saying she is going to be eaten alive.

In this clip, rather than being small, Judy appears to be a giant. We then notice she is chasing a suspect through a mouse city. She saves a fashionable mouse from a flying donut, and then captures the suspect by looping the donut around him.

Here we see Assistant Mayor Bellwether, an eager to please sheep who deems herself a glorified secretary to the Mayor. The Mayor refers to her as Smellwether, and she tries to make it sound endearing, but you can tell she’s being bullied. Wilde seems more preoccupied with her being a sheep, then what she’s actually going through or doing for them.

Get Social with ZOOTOPIA

Disclosure: All opinions expressed are my own. I was not compensated for this post, but some of the content was provided to me by Disney.