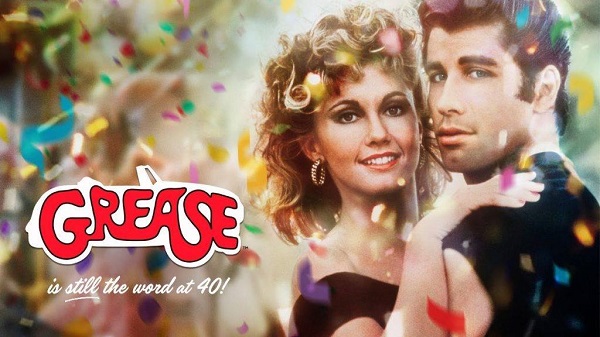 Did you know that Grease has been around for 40 years?! That’s right, they’re releasing a fully restored 40th Anniversary Edition of GREASE released on 4K Ultra HD, Blu-ray, DVD and Digital! And I’ve teamed up with some fellow bloggers to give one of you a chance to win your own copy! 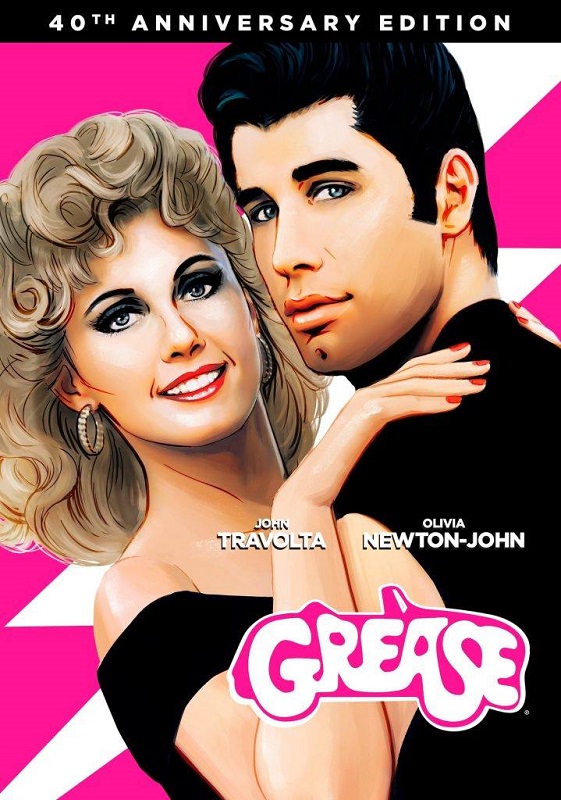 Featuring an explosion of song and dance, as well as star-making performances from John Travolta and Olivia Newton-John, GREASE made an indelible impact on popular culture. 40 years later, the film remains an enduring favorite as legions of new fans discover the memorable moments, sensational soundtrack and classic love story. Boasting unforgettable songs including “Greased Lightnin,” “Look At Me, I’m Sandra Dee,” “Summer Nights,” “Hopelessly Devoted To You,” “Beauty School Drop Out” and, of course, “Grease,” the film is a timeless feel-good celebration.
Paramount worked with director Randal Kleiser to restore GREASE to its original vibrancy with the highest quality sound, picture resolution and color. The original negative was scanned and received extensive clean up and color correction using previously unavailable digital restoration tools such as high dynamic range technology. In addition, the audio was enhanced from a six-track mix created for an original 70mm release, giving the music more clarity. The resulting picture and sound create an exceptional home viewing experience.
The GREASE 40th Anniversary Edition 4K Ultra HD and Blu-ray Combo Packs include the fully restored version of the film plus an all-new, in-depth exploration of the little-known origins of what would become a Broadway play and then a feature film and worldwide phenomenon. “Grease: A Chicago Story” features new interviews with writer Jim Jacobs and original cast members of the Chicago show. In addition, the discs include the original song the title sequence was animated to and an alternate ending salvaged from the original black & white 16mm work print discovered by director Randal Kleiser.
Both the 4K Ultra HD and Blu-ray Combo Packs also feature more than an hour of previously released bonus material, including a sing-along, vintage interviews with the cast, deleted scenes and more. Plus, the Blu-ray Combo comes in collectible packaging with 16 pages of images laid out like a high school yearbook. In addition, a Grease Collection will be available in a Steelbook Locker, which includes the 40th Anniversary Blu-ray of Grease, as well as Grease 2 and Grease: Live! on Blu-ray for the first time. 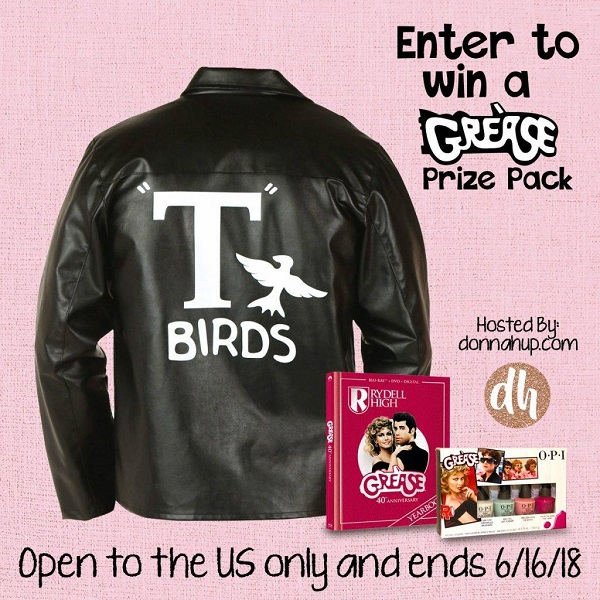 You can win your own copy of Grease plus a prize pack that includes a T Birds Jacket and Grease Nail Polish Set from OPI. all you have to do is enter on the rafflecopter below. Good luck!

Giveaway ends June 16th at 11:59 PM Central Time. No purchase is necessary to enter. Void where prohibited by law. The odds of winning are based on the number of entries received Open to US, 18+ only. Confirmed Winner(s) (by Random.org) will be contacted by email. Winner(s) have 24 hours to respond before a new winner is chosen. No purchase necessary. Void where prohibited by law. The sponsor(s) will be responsible for product shipment to winner(s) of this giveaway. My blog is not responsible for product shipment/delivery. This event is in no way administered, sponsored, or endorsed by, or associated with, Facebook and/or Twitter, Google, Pinterest. This disclosure is done in accordance with the Federal Trade Commission 10 CFR, Part 255 Guides Concerning the Use of Endorsements and Testimonials in Advertising.