Let’s admit it, when you hear the word “Frozen,” you begin humming “Let It Go” in your head. And now, after a few years, you may just find a new song to hum in your head because Frozen has a sequel coming this Fall. This morning, Walt Disney Animation Studios’ released a new trailer for  “Frozen 2.” It offers a glimpse at the dramatic journey Elsa and Anna take into the unknown. From the Academy Award®-winning team—directors Jennifer Lee and Chris Buck, producer Peter Del Vecho and songwriters Kristen Anderson-Lopez and Robert Lopez—and featuring the voices of Idina Menzel, Kristen Bell, Jonathan Groff and Josh Gad, “Frozen 2” opens in U.S. theaters on Nov. 22, 2019.

Why was Elsa born with magical powers? The answer is calling her and threatening her kingdom. Together with Anna, Kristoff, Olaf and Sven, she’ll set out on a dangerous but remarkable journey. In “Frozen,” Elsa feared her powers were too much for the world. In “Frozen 2,” she must hope they are enough. 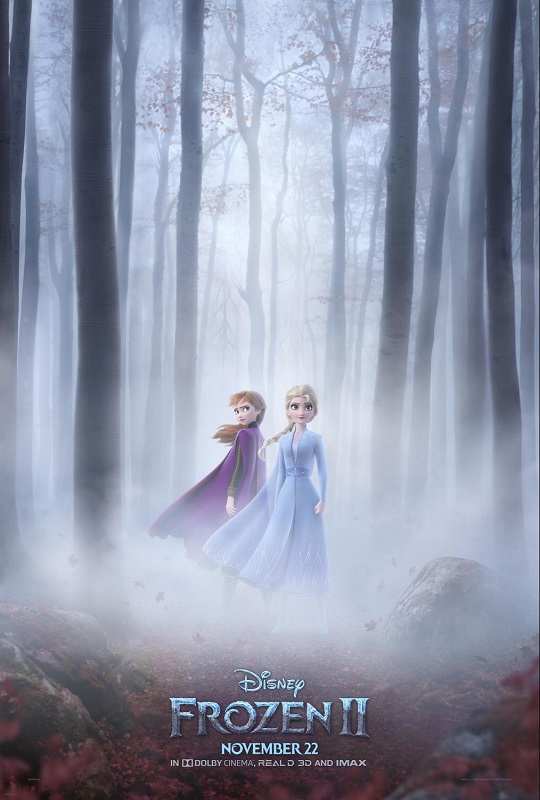 In Walt Disney Animation Studios’ “Frozen 2, Elsa encounters a Nokk—a mythical water spirit that takes the form of a horse—who uses the power of the ocean to guard the secrets of the forest. Featuring the voice of Idina Menzel as Elsa, “Frozen 2” opens in U.S. theaters November 22. ©2019 Disney. All Rights Reserved.

Get Social with FROZEN 2

So are you looking forward to Frozen 2? Tell me about it below.