Prize provided by Review Wire Media for Lionsgate. No additional compensation was received by me. 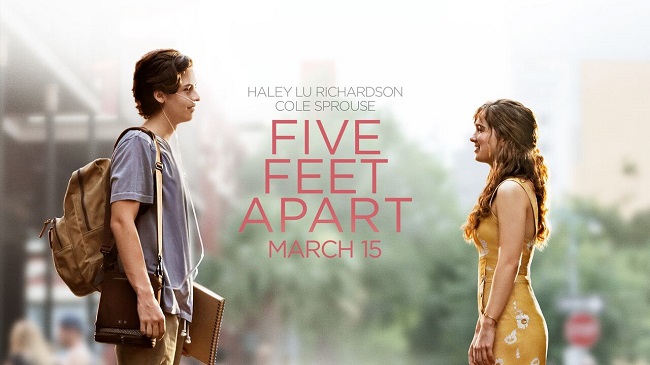 Haley Lu Richardson and Cole Sprouse in FIVE FEET APART.
Ok, I’ll admit it, I am guilty of watching teen flick love stories. There’s an element of sadness, almost a Romeo and Juliet element to this story, except it’s the same disease that keeps them apart instead of different families. If you’ve ever had someone who was terminally ill in your family, then you know how painful it is to watch them suffer and desire connection to other people when they are not allowed to. Sometimes love is worth risking death for, and this story represents this.

Stella: Let me guess. You’re the kind of guy that ignores the rules because it makes you feel in control. Am I right?
Will: You’re not wrong.
Stella: You think that’s cute.
Will: Do you think it’s cute?

ABOUT THE MOVIE:
Stella Grant (Haley Lu Richardson) is every bit a seventeen-year-old… she’s attached to her laptop and loves her best friends. But unlike most teenagers, she spends much of her time living in a hospital as a cystic fibrosis patient. Her life is full of routines, boundaries and self-control – all of which is put to the test when she meets an impossibly charming fellow patient named Will Newman (Cole Sprouse).
Stella:
[to Will] After all that CF has stolen from me, I don’t mind stealing something back. Three hundred four millimeters, twelve inches, one foot. Just one-foot closer.
There’s an instant flirtation, though restrictions dictate that they must maintain a safe distance between them. As their connection intensifies, so does the temptation to throw the rules out the window and embrace that attraction. Further complicating matters is Will’s potentially dangerous rebellion against his ongoing medical treatment. Stella gradually inspires Will to live life to the fullest, but can she ultimately save the person she loves when even a single touch is off limits? 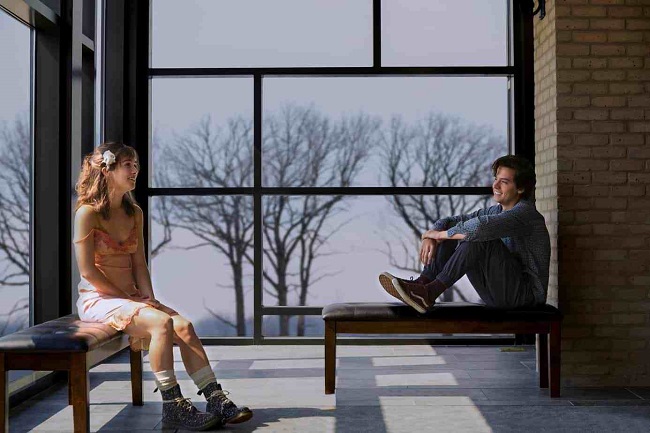 Stella: This whole time I’ve been living for my treatment, instead of doing my treatment so that I can live, and I want to live.

One reader will receive Five Feet Apart Tote Bag, Five Feet Feet PopSockets Grip, and Five Feet Apart Book. Open to U.S. residents of the 48 contiguous United States. If you have won the same prize on another blog, you will not be eligible to win it again. Ends 3/22/19 at 6p ET (coincidentally my anniversary).
Entry-Form
By Heather|2019-09-24T14:06:03-04:00March 11th, 2019|Reviews & Giveaways|0 Comments