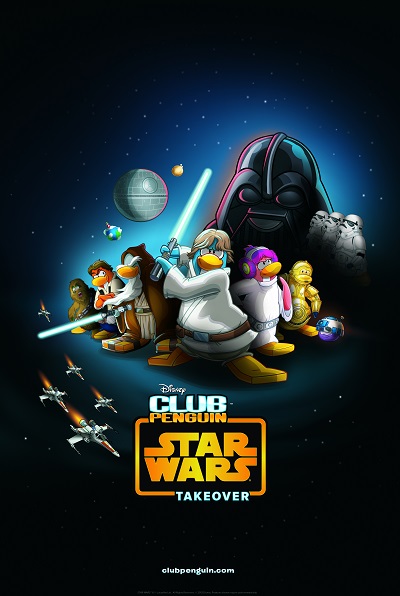 Ever hear of Club Penguin? It is a virtual world for kids all around the world and my kids love it. While it free to use, you can get a subscription to access additional features. Besides English, it is also available in German, Portuguese, French and Spanish.

Well, they just let me know that Star Wars is taking over Club Penguin Island for three weeks beginning July 25, 2015! How cool is that? Members will be able to dress their penguins up like  C-3PO, Chewbacca, Luke Skywalker, Han Solo, Darth Vader and Princess Leia, and train to become a Jedi Master, thwart Darth Herbert and destroy the Death Star. There will even be three new mini-games for this event.

“The Force is strong with the Club Penguin community, and Star Wars is by far the most requested event we have ever seen from our fans.” said Chris Heatherly, Vice President and General Manager, Disney Interactive Worlds. “This is the biggest takeover in Club Penguin history with an epic size and scope!”

When the Millennium Falcon lands on Club Penguin Island, players are called to enlist in the Rebel Alliance to save the galaxy from Darth Herbert’s sinister plans. Players must fly to Tatooine for extensive training, where they will duel with other Jedi hopefuls to earn points and exclusive items as they level up. During their Jedi training downtime, players can explore and role-play in new Star Wars themed party rooms including the Cantina, Sandcrawler, Lars Homestead and Mos Eisley. 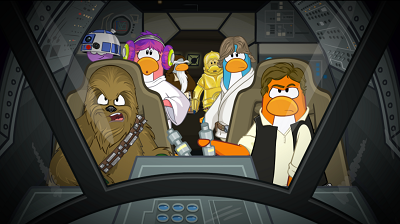 Once enough players have joined the Rebel Alliance, the newly trained penguins can travel to the Death Star and search for Darth Herbert’s secret plans. Players that are lucky enough to find Darth Herbert’s plans must then fight TIE fighters in an all-new X-wing themed mini-game to try and destroy the Death Star once and for all. If the Death Star is destroyed, players will collect the Rebellion’s highest honor, an exclusive, out-of-this-world, award medal. 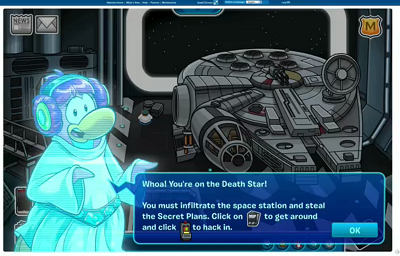 During the Star Wars Takeover Event on Club Penguin Island:

A galaxy of adventures await at Club Penguin.

Disclosure: I was not compensated for this post. I am sharing content provided to me by Disney that I feel my fellow Star Wars mamas would appreciate.