As the new movie approaches (next month), we get even more and more excited to watch it! Here’s the latest batch of movie posters showcasing individual characters. 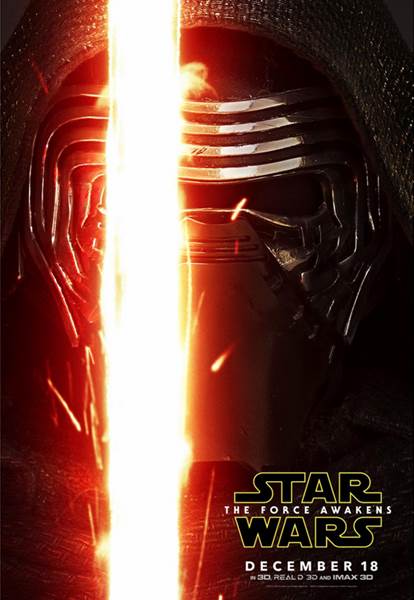 With much speculation as to the real person behind Kylo Ren, this poster reveals little beyond the fact the the mask is inspired by Darth Vader, whom he is obsessed with. With small excerpts in the trailer seeming to indicate the possibility of Luke Skywalker following in his father’s footsteps to the dark side by becoming Kylo Ren (metal hand, family legacy, Darth Vader obsession), we find ourselves pondering why Girls’ Adam Driver is reported as the actor behind the mask. Does Kylo Ren take orders from an even darker lord from the Order of Ren, which turns out to be Luke Skywalker? Does Luke have a son? The absence of Luke in these posters has not gone unnoticed, especially when it is well known that Mark Hamill returns in this movie.

Leia returns and flashes another quirky hairdo, but it’s barely noticeable in this poster. She is surrounded by lasers in green, seeming to indicate the technical side of what she does now that she is older. She also appears to be in a much stronger place in her life, not susceptible to being turned into someone else’s slave anytime soon. 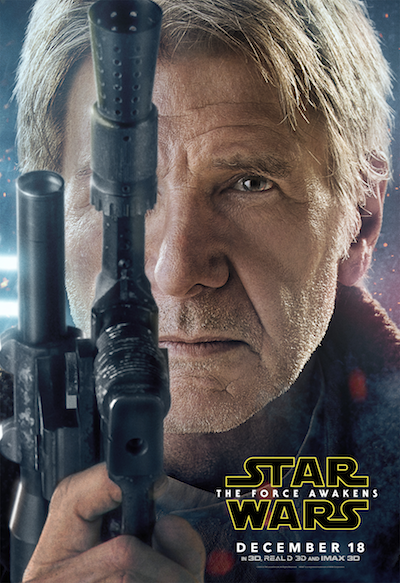 One of my favorite characters, Hans Solo, returns. In this poster, you can see he is holding a gun, not a lightsaber, like the others. This seems to indicate that he has maintained his vigilante ways, and has not become part of the Jedi Order or taking on some role with a higher purpose.

New character Finn appears to have a light visible in his eye, and looks to be someone else’s saber, not his own. Being new, we really don’t know what to expect from him, though we know that he takes a strong role. (Though there was some controversy over his race and some fans feeling that the movie was not being true to its base, I see that characters in Star Wars have always come in all shapes and sizes. This really should not be a point of contention). 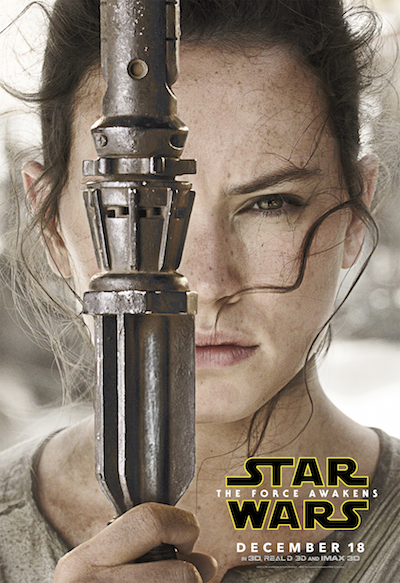 Let’s hear it for the ladies! In this poster we see Rey holding her weapon, seemingly determined to take on whatever and whomever comes her way. In the previous poster, you could see she crosses sabers with Kylo Ren, so we know she can probably kick some serious butt. We have yet to learn much about this new character as well, but I am glad we have two females in strong roles in this movie.

If you scroll down through each of the posters, you will notice that they are all styled in the same way with each character holding their weapon or tool just over their right eye. Do you think there is a meaning behind this beyond the rule of thirds?

Watch and Get Excited With Me