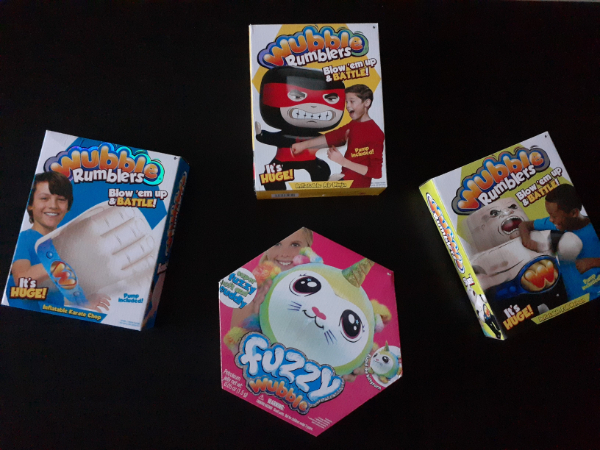 Who doesn’t like a bit of play fighting with your friends and family? When I was younger, we used to use pillows or we’d take turns punching the wobbly clown. One time, my cousin even broke her arm accidentally during a play fight. That’s why I love the idea of soft, inflatable play fighting gear.

I’ve tried out various Wubble toys in the past, and the Wubble Rumblers are the latest in the Wubble family. They are recommended for 6 and older. The style options include a Ninja, a Wrestler, and a Fist or Karate Hand.  The Rumblers inflate to three feet tall within minutes using the included pump with nozzle! Like the Super Wubble Bubble Ball, the Rumblers are squishy, squashy, and super soft. They are also 400 times more elastic than a typical inflatable! The Rumblers are made for some rough and tumble fun. Whack ‘em! Smack ‘em!  Bop ‘em! Chop ‘em!  Enjoy hours of big bopping fun as you get your rumble on! 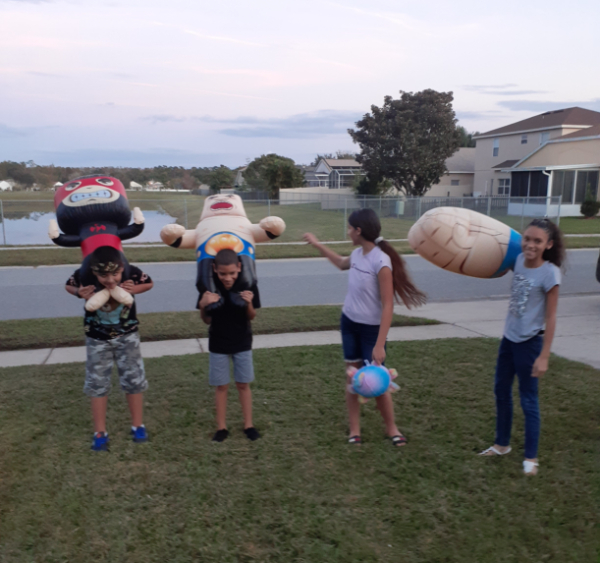 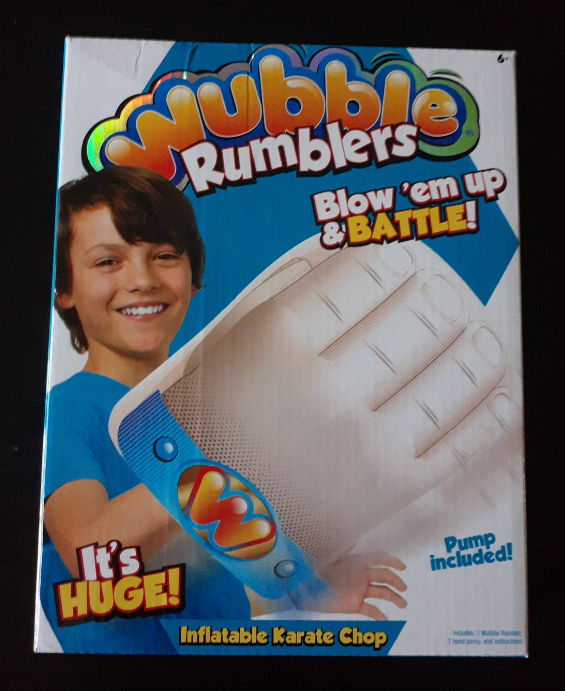 The Wubble Rumblers Karate Chop reminds me of a giant stadium hand. You can slip your arm in, then bop and chop your way to play fighting victory. The kids challenged each other using this versus the Air Ninja. We only had one to use, but if you had two, you could get creative with some high fives and handshakes. 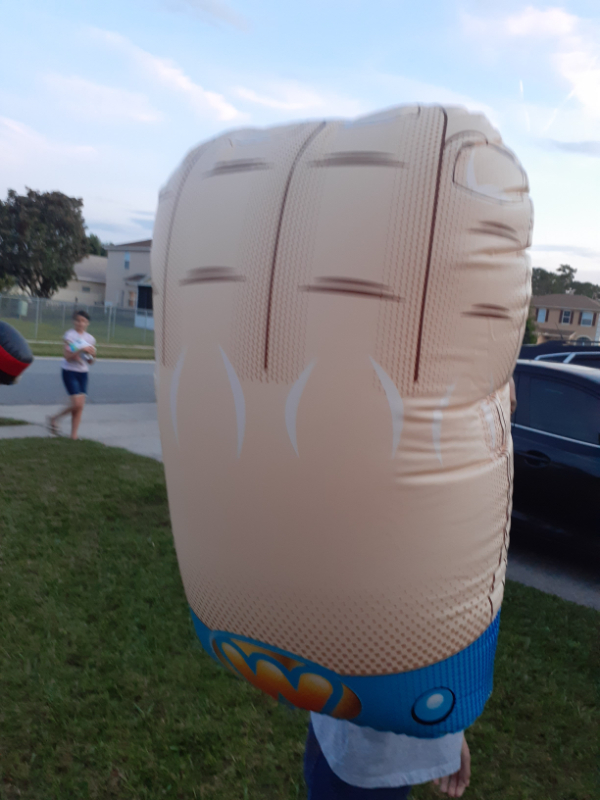 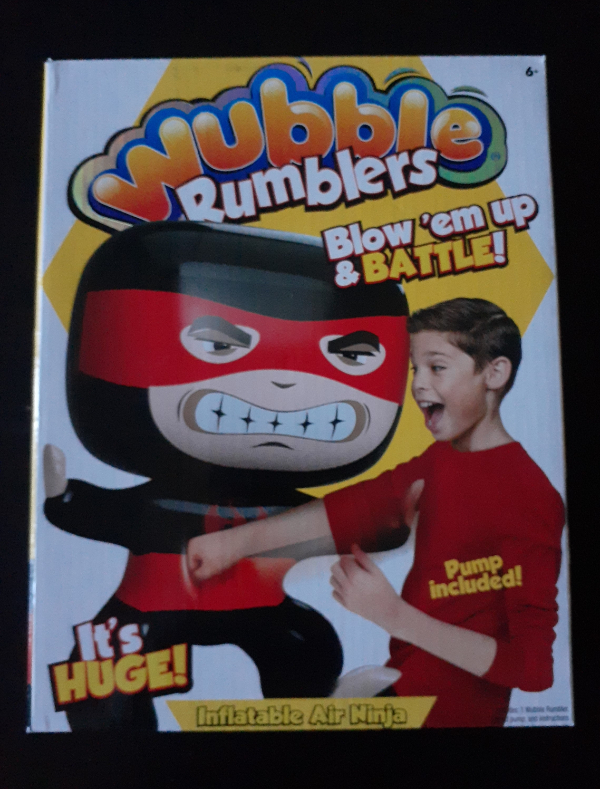 My kids were in martial arts for several years, so of course, they gravitated toward the Air Ninja and the Chop. But, they also created match-ups like Air Ninja vs. The Wrestler too! The Air Ninja actually needs to be blown up in 2 places (the head and the body). You have to pay attention to the direction of the arrows for putting the pump in. We actually didn’t do it right the first time, so we found that the body was losing a bit of air at night. It fills right back up though, so it’s great that the pump was included. 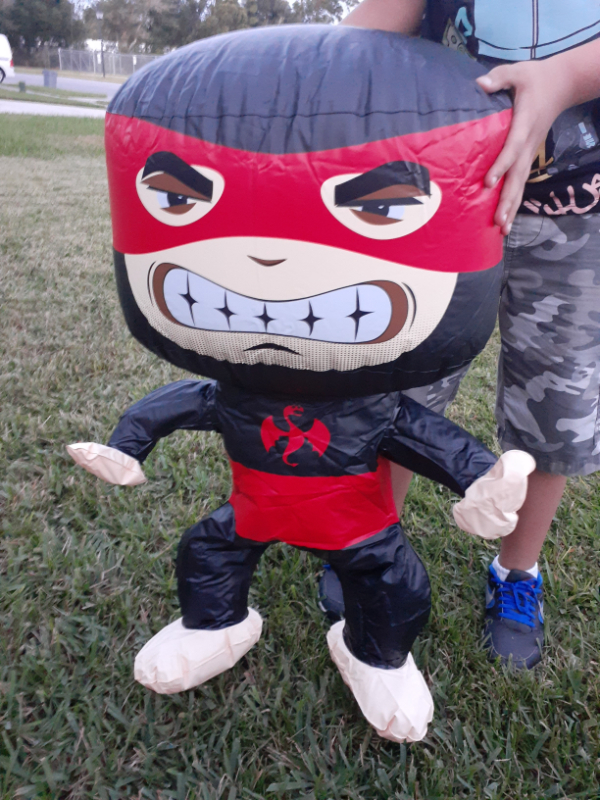 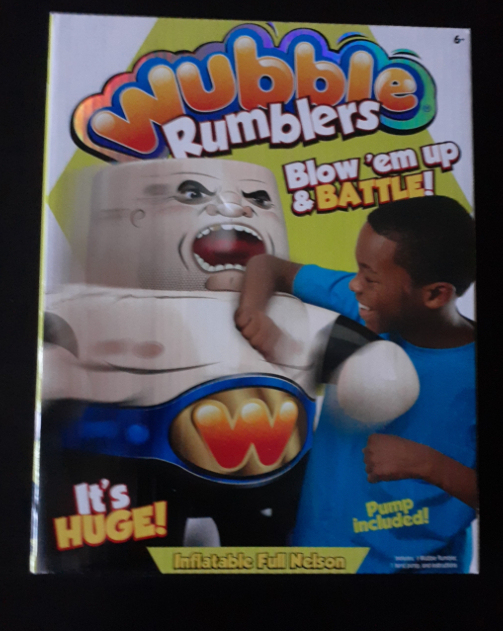 My kids are huge wrestling fans as well, so they loved this character. Since the Air Ninja and the Wrestler are like small people; the kids challenged each other fights using them. You can move their arms and have them kick. There’s a bit of imagination, and he’s almost like a giant, soft action figure. (And let’s admit, hitting him using the Chop is a great way to relieve some parental quarantine stress.) 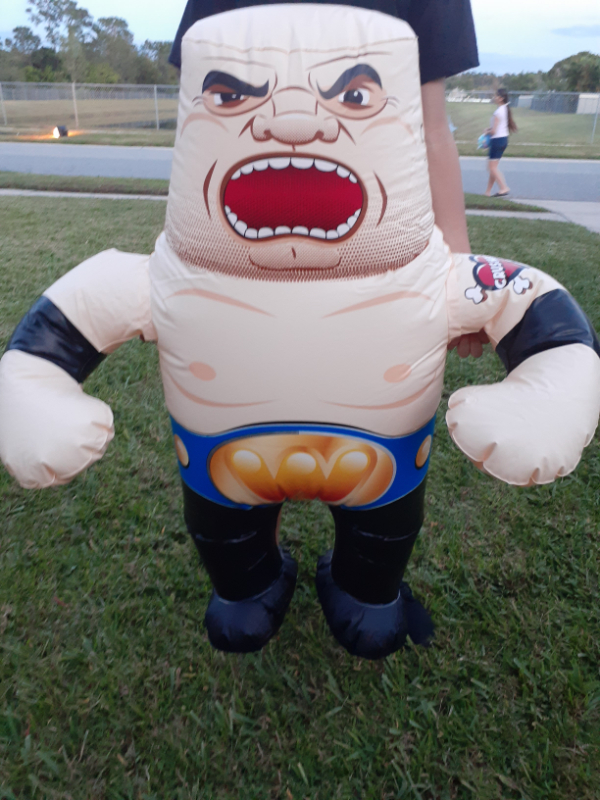 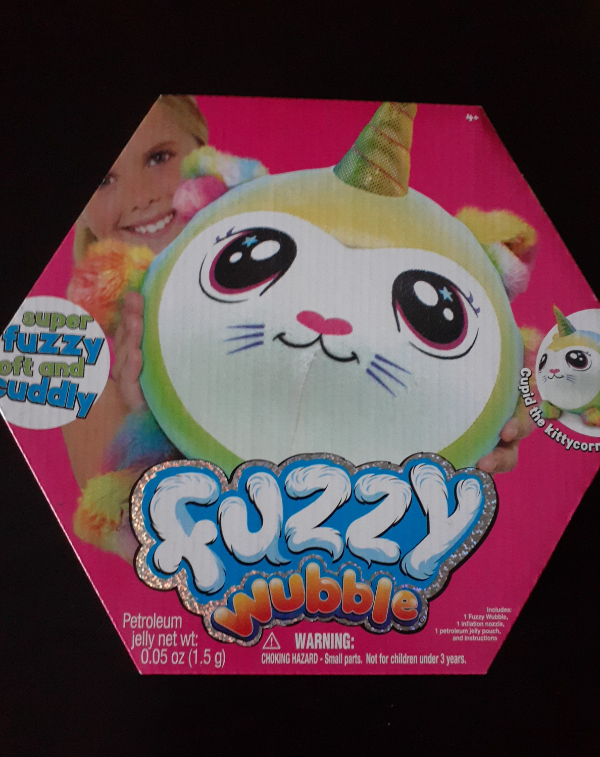 My daughter absolutely adores Cupid the Kittycorn. She’s even slept with her in bed without her losing air. She comes with a nozzle and petroleum jelly to help inflate her. Once you do, she stays inflated. The included nozzle also allows you to deflate and store her away if you need. If you want more squish, use less air. If you want more bounce, use more air.

Cupid’s a multicolor Fuzzy Wubble with a white, whiskered face, furry rainbow ears and paws, and a sparkling unicorn horn.  Unlike other plush toys, Fuzzy Wubble bubble balls bounce! Super fuzzy, soft and cuddly, this whimsical plush pet is a Wubble Bubble Ball on the inside and an adorable stuffed animal outside – one of 14 cuddly characters to hug, squish, toss and catch!  Collect them all! Fuzzy Wubble bubble balls are recommended for ages 4 and over. 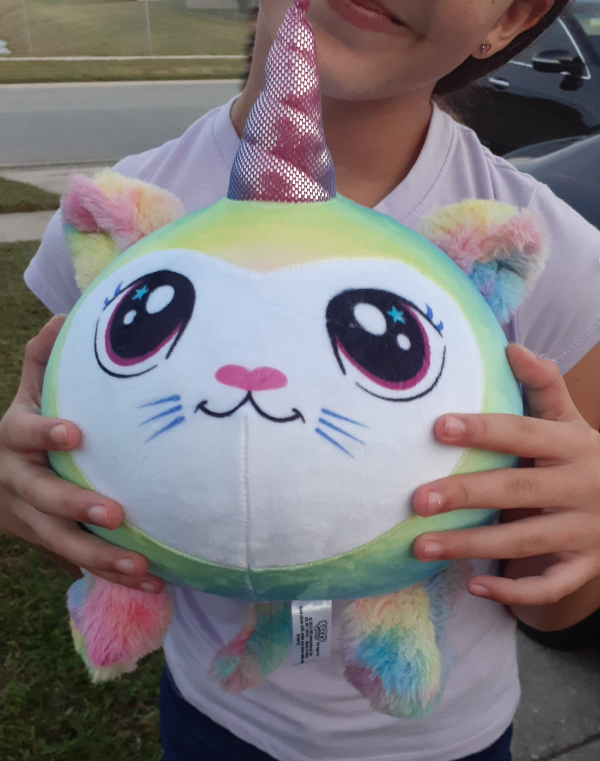 Inflatable Air Ninja retails for $12.99 and is available in Target

Karate Chop retails for $12.99 and is available in Target

Wrestler retails for $12.99 and is available in Target

Kitty Corn retails for $17.99 and is available in Target 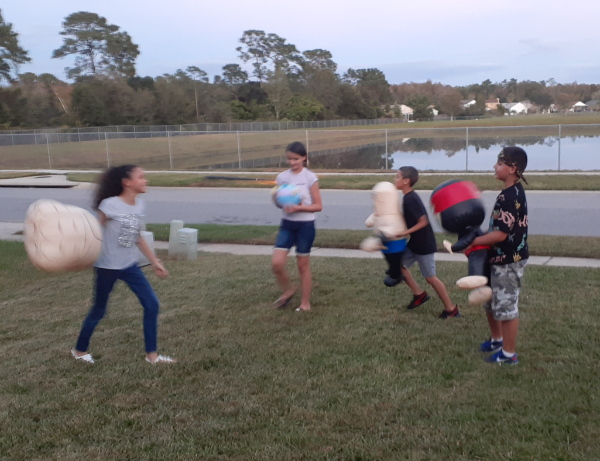 Disclosure: I received compensation for featuring this product. All opinions expressed are my own.