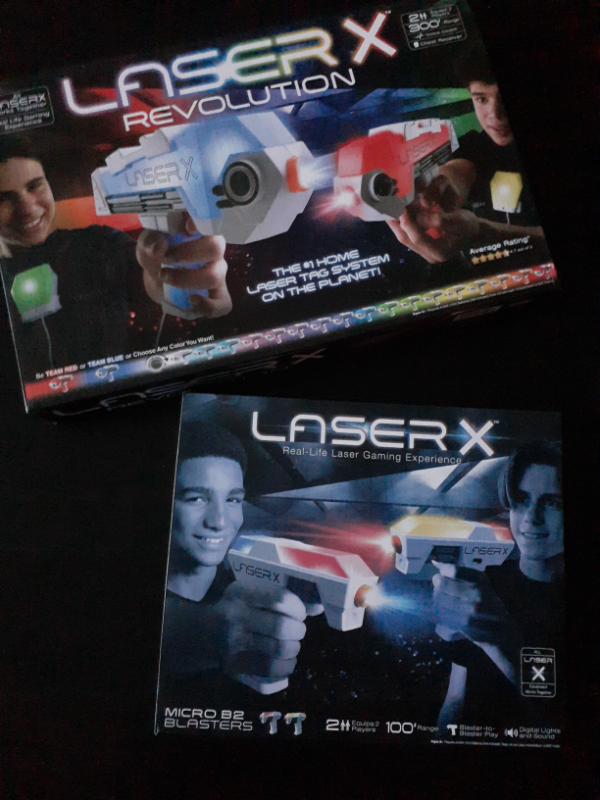 A few months ago, I featured ProjeX and today I have some more products to feature that also bring back that nostalgic feeling. They are the Laser X Revolution and the Laser X Micro B2 Blaster Gaming Sets. If you’re like me, you have fond memories of playing laser tag as a kid. And with these sets, you can give your kids a taste of your childhood. Plus, with them being cooped up inside for months, it’s great to have some games that get them outdoors and active.

Imagine having a laser tag arena in your own backyard, and you have the Laser X Revolution. This set is for two people, but other Laser X gear works together with this one to allow you to play with an unlimited number of players. In fact, there are 20 different team colors you can choose from to light up your blaster.

You can play inside or out, in darkness or bright sunlight, and can blast your opponents up to 300’ away.  The blaster beams can even go through windows and bounce off of walls + mirrors to hit opponents! The quick-slide reload keeps the action going. Your opponents chest target will light up when you hit them. What makes this game a bit more advanced than what we used to play with as children, is that it has sensors to trigger an interactive voice “coach” to offer tips and tricks throughout the game. 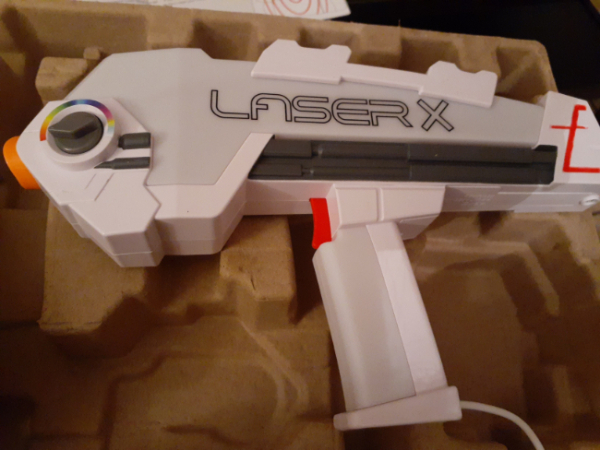 The set is recommended for players ages 6 and above. It comes with two blasters and two strap-on targets (receiver vests), but also requires 6 “AAA” batteries that are not included. When I first opened it up, one of the straps seemed to be twisted, but after flipping it around a bit, I was able to get it straightened out. You can see the before and after in the pics below: 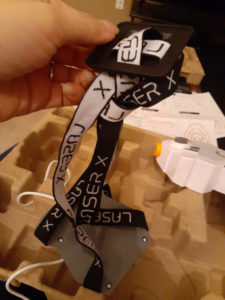 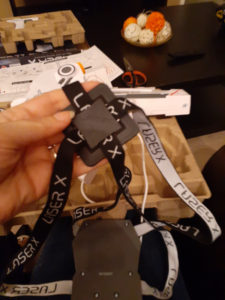 We had some family over for the holidays, so we were fortunate to also have the Laser X Micro B2 Blasters as well to use along with this set. Our kids loved using the Revolution set because the target lights up on their opponent.

These blasters work with the Laser X Revolution, and other Laser X gear, so can be used to expand your playing group. The set comes with two Micro B2 Blasters, but also requires 6 “AAA” batteries that are not included. They are compact, 5-inch blasters that also feature state-of-the-art lighting and sound effects. Like Revolution, this set is recommended for 6+. You don’t need the receiver vests because the target is at the end of the blaster, making it very easy to use. Their blasting range is 100. You can play one-on-one, in teams or set your blaster to “rogue, and every player’s on their own! 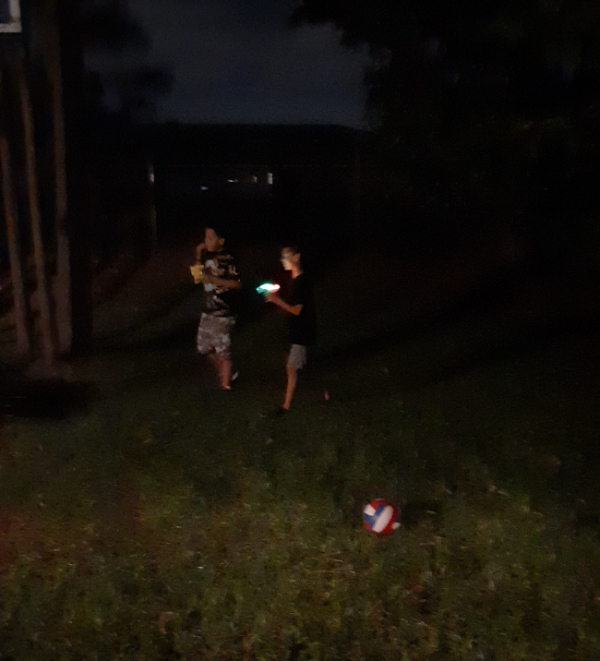 The kids seemed to like using the micro blasters a lot since they are small and very easy to use. There was a bit of a learning curve to figure out where the target was, and also how to set the teams, but once they figured it out, they were out their blasting their lasers all over the yard!

Disclosure: I received compensation for featuring this product. All opinions expressed are my own.