I had to pleasure of being invited to attend the Grand Opening of the newly redesigned Disney Store in the Bayside Marketplace. Being that it was on May 18th, my son’s birthday, I thought my kids would especially enjoy this event. Well, I wasn’t disappointed. 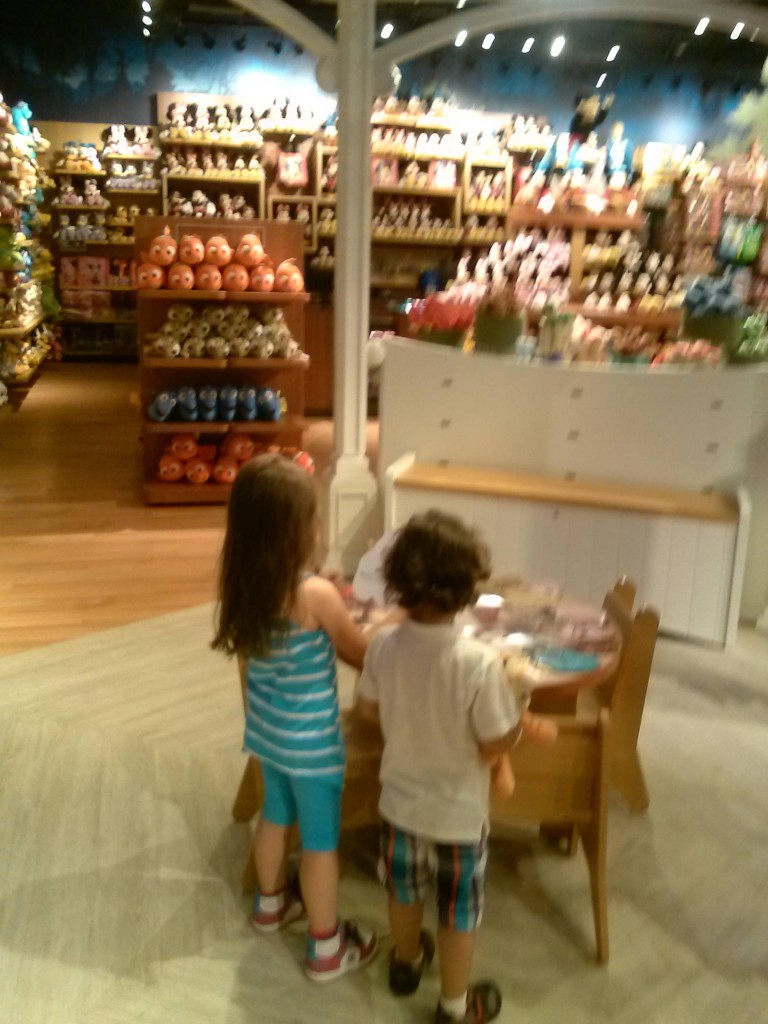 We were greeted with a row of Disney Store employees welcoming everyone to come in. We started our tour in an interactive storytelling area, they call The Theater. In this area, they will have scheduled activities for the kids, so that families come here for more than just shopping. They have these video monitors that allow you to pick movies to be shown on the big screen. My kids picked up masks to play with while there. 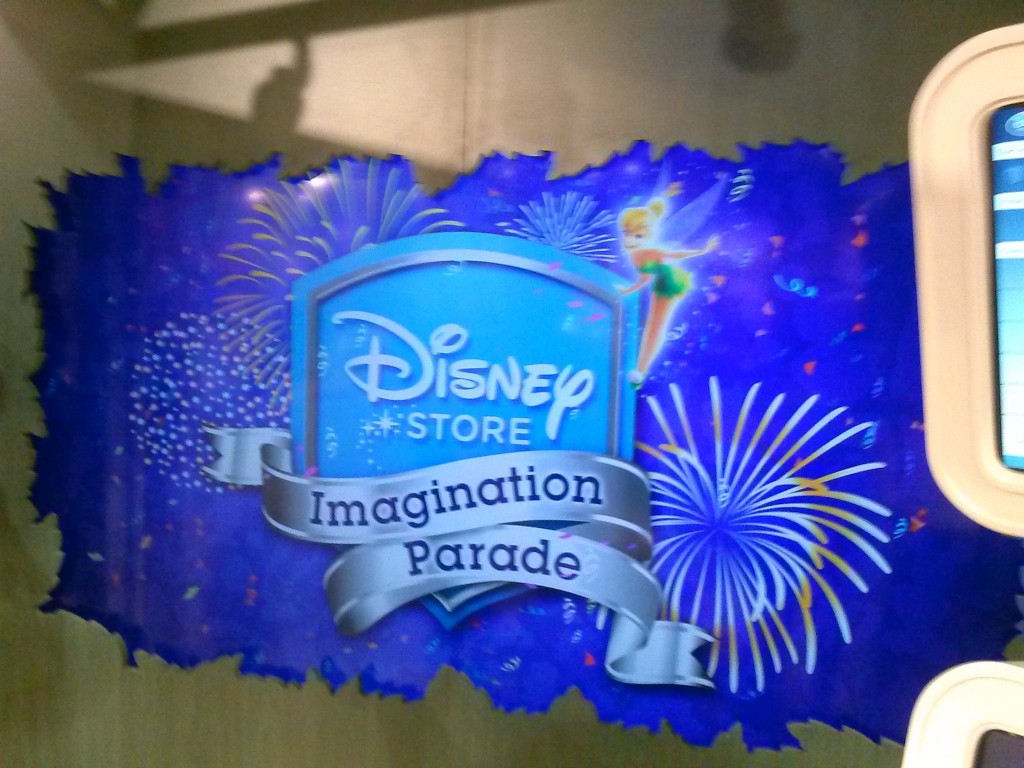 You follow the path next to the Plush Area. In this corner nook, there are mountains of plush Disney characters. 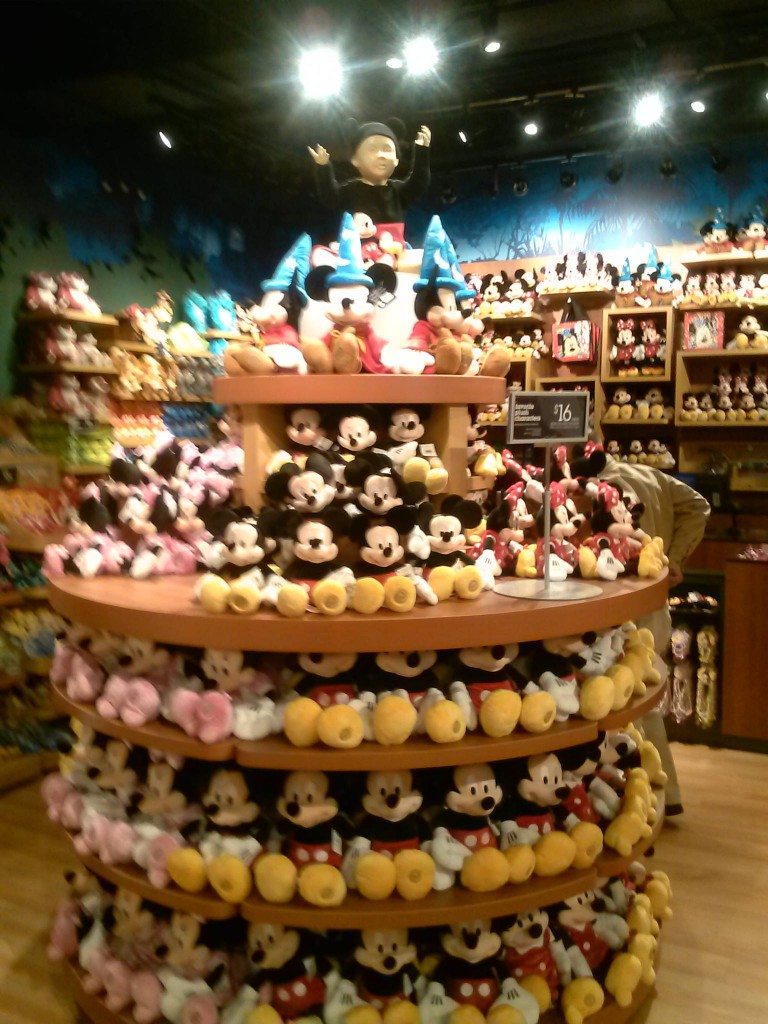 Then you travel over to the other side of the store, passing through digital tree arches. The arches feature different images depending on the season of the year.  At this point, they pointed out that on the store’s walls, towards the ceiling, there was a painted skyline featuring notable Miami attractions. 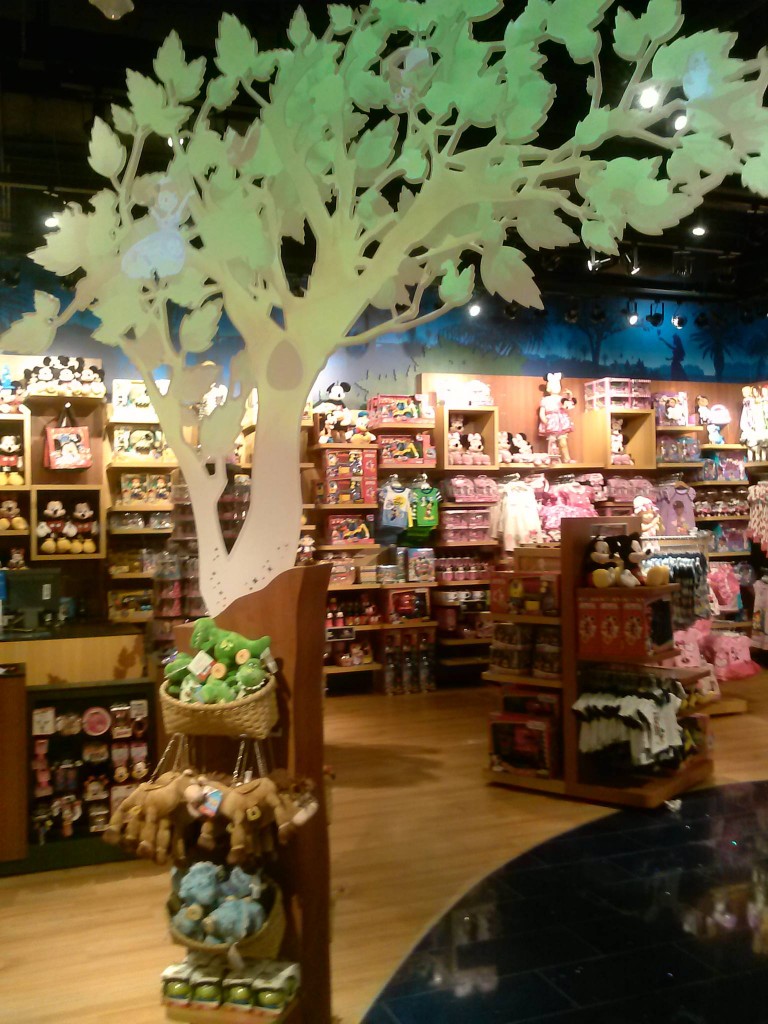 Then we entered the princess area, which highlighted a magical mirror. The mirror displays images and a short story of a princess when you wave her wand in front of it. 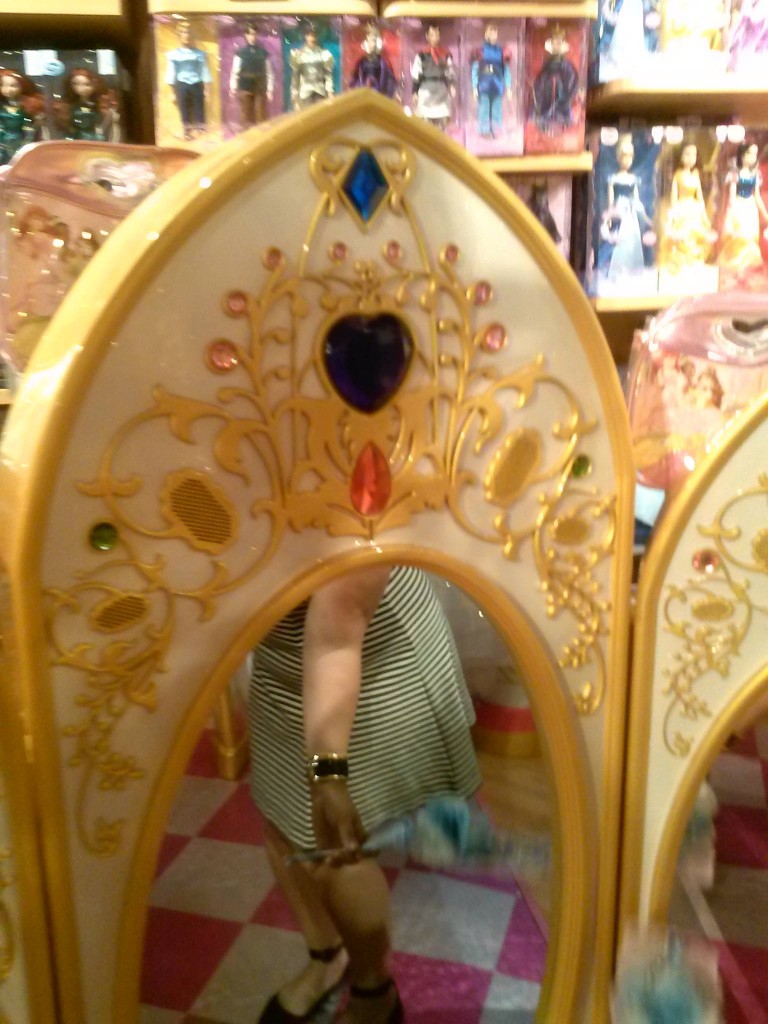 Each princess has her own wand, including the newly crowned Merida from Brave.

There was also a Castle featuring princess figures on top. As you can imagine, my daughter especially loved this area. Circling back to the boy side, I noted a whole collection of Iron and Avenger items, as well as the soon to premier Monsters University movie memorabilia. (We got a sneak peek while at Disney Social Media Moms and I can say it was awesome!) 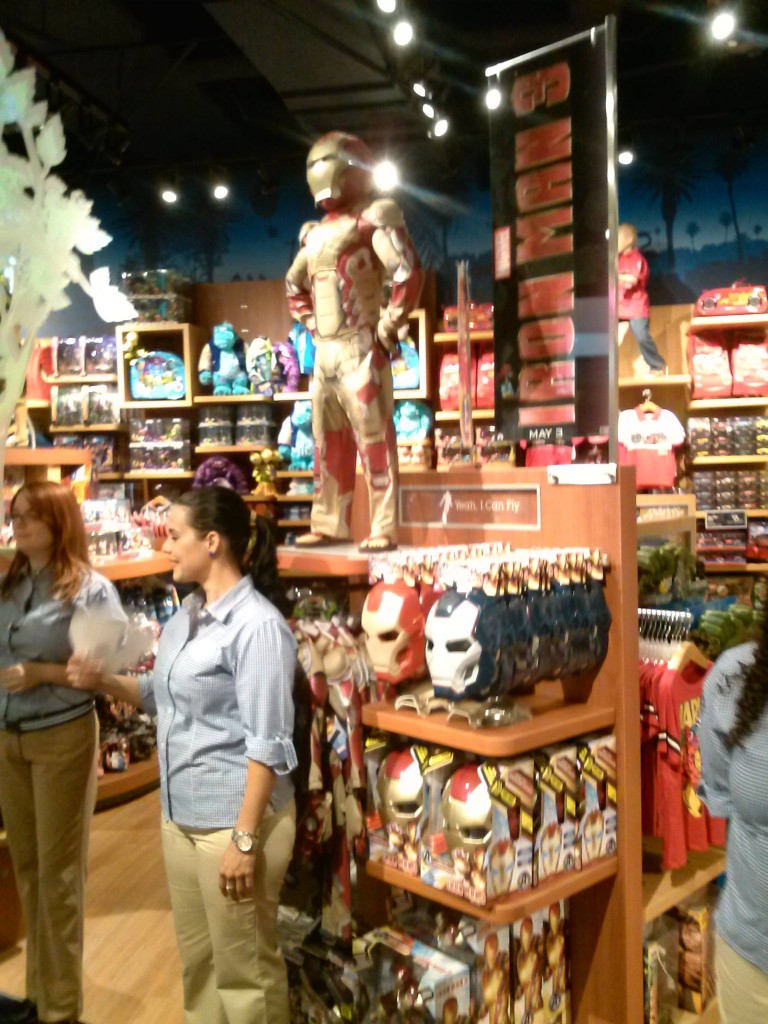 Outside the store, there was a line of people waiting to get in for the official opening. (I got to go in early as media.) There was a host inviting kids to come up and dance, or be seen on tv. Of course, my daughter had to put herself out there dancing. My son joined in, trying a daring move and landing square on the concrete. He cried for a moment and I encouraged him to brush it off. 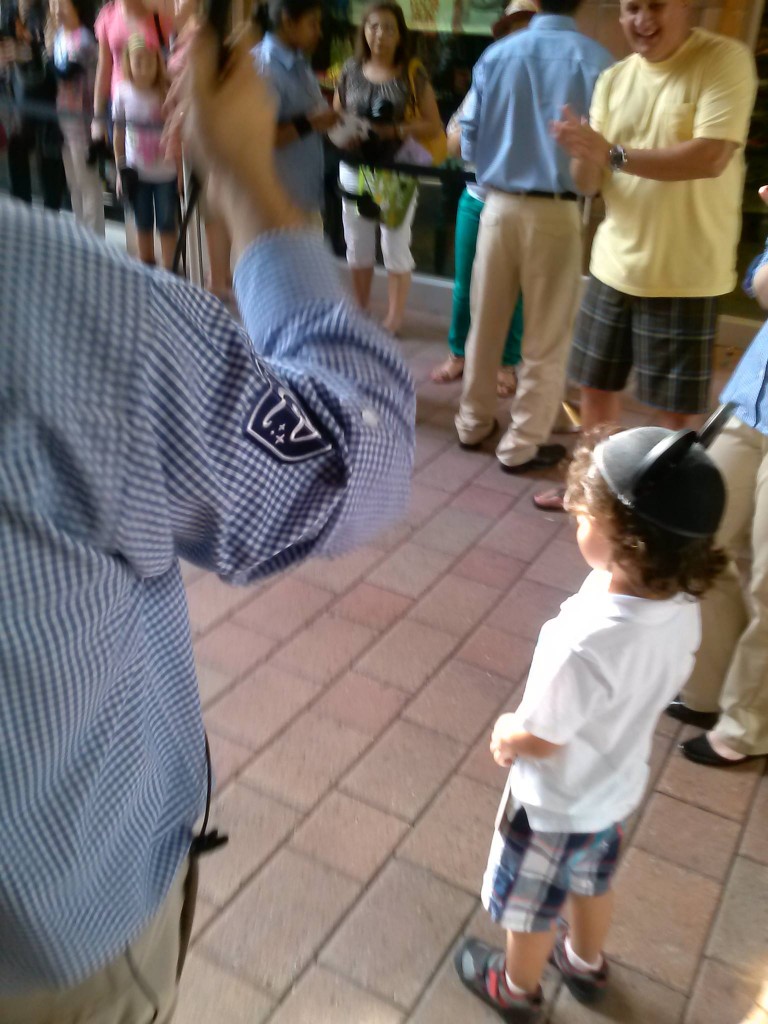 After that he donned his Mickey ears and they called him up front to sing Happy Birthday to him in front of everyone. Everyone, including the families waiting on line, sang to him. I was so enthralled in the moment, that I did not record it on video. Sometimes you have to put down the camera, and just enjoy the moment. 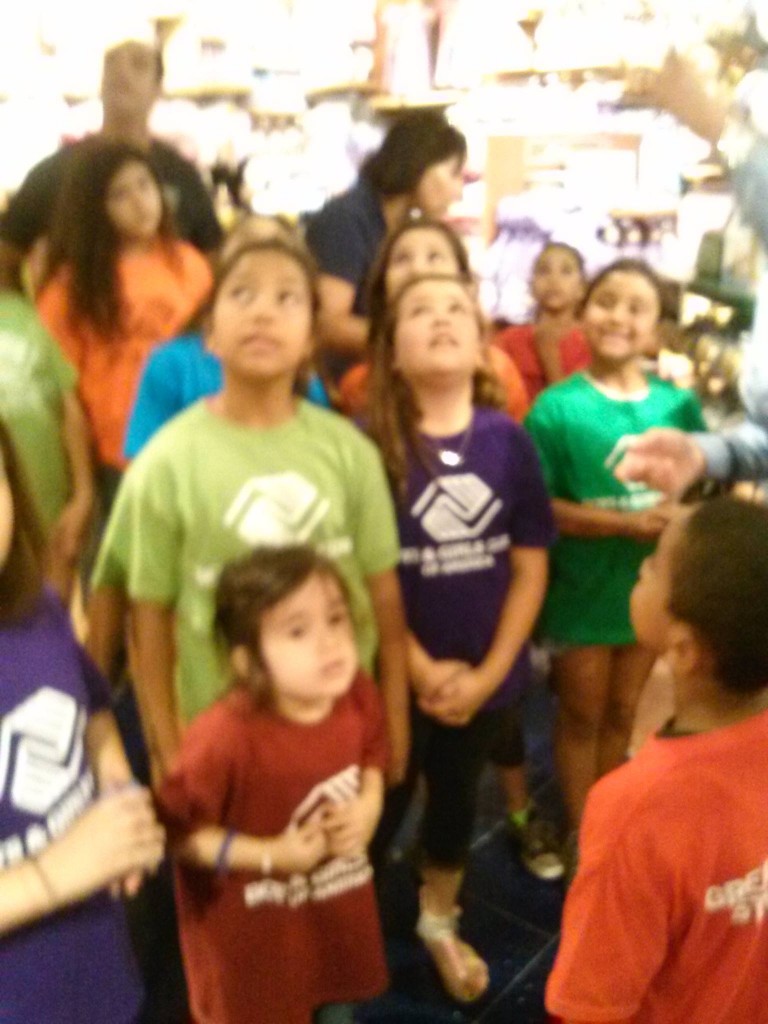 After that, the Boys and Girls Club came and learned that the Disney characters would be arriving early just for them. This also meant I needed to get my daughter out quick, as she is super scared of characters. The Tinkerbell statue is more her speed. 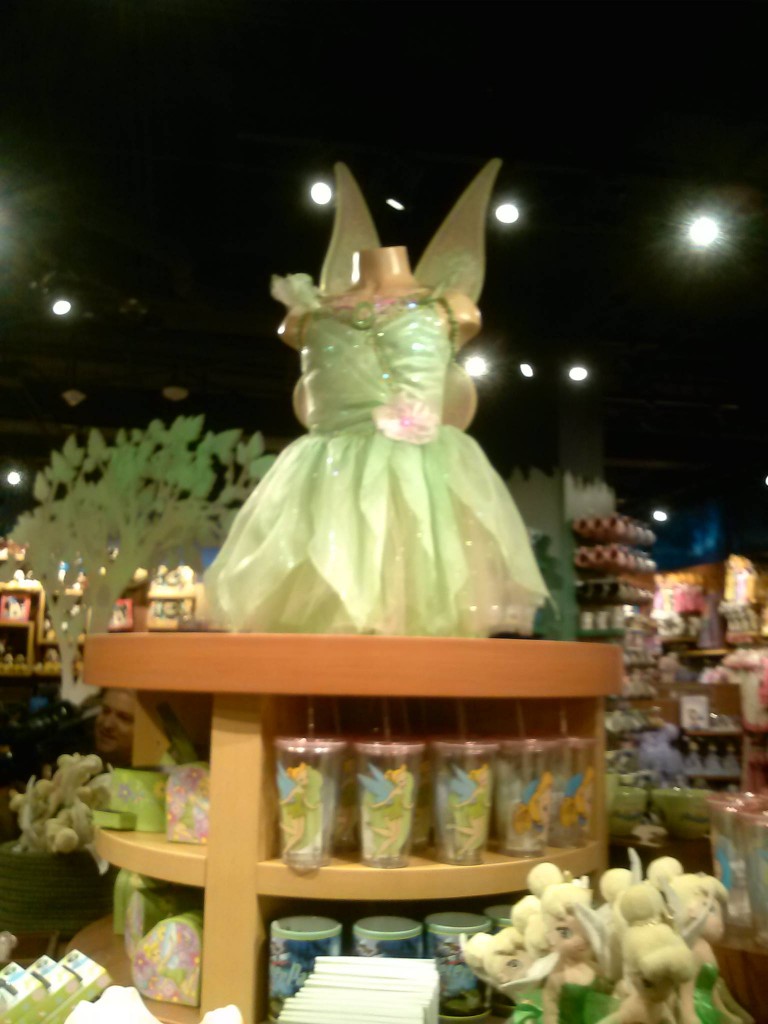 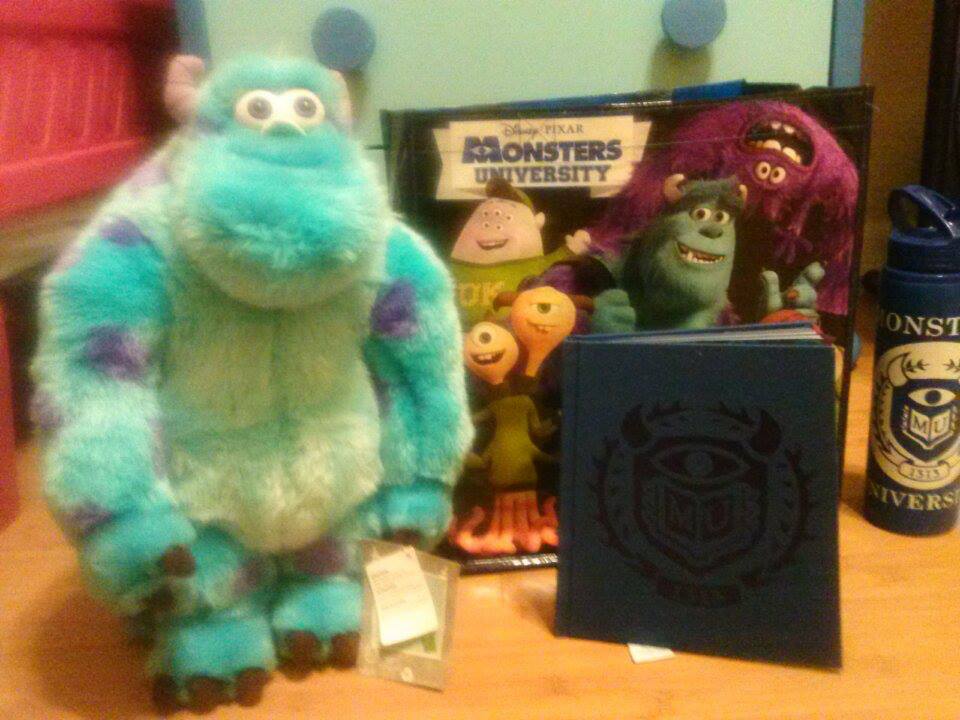 Now you have the opportunity to win your own giftbag via the rafflecopter form below. Giveaway starts Wednesday, 5/22/13 at 12:01 am and ends on Thursday, 5/30/13 at 12:01 am. It is open to US residents ages 18 and older. No purchase is required and a purchase will not increase chances of winning. Refer to giveaway widget for complete rules and details.

Disclosure: I was not monetarily compensated for this post, but I did receive a giftbag and Disney is also providing the giftbag to giveaway. All opinions are my own.