I’m so excited because tonight I get to see WWE Superstar John Cena in person. I am attending SmackDown in Fort Lauderdale as a WWE ambassador. Even though you can’t join me in person, you can at least watch him tonight as he makes a guest appearance on NBC’s award-winning show Parks and Recreation at 8/7 C.  John pays a visit to Pawnee where he meets up with Amy Poehler’s Leslie Knope in one of the hit series’ final episodes. 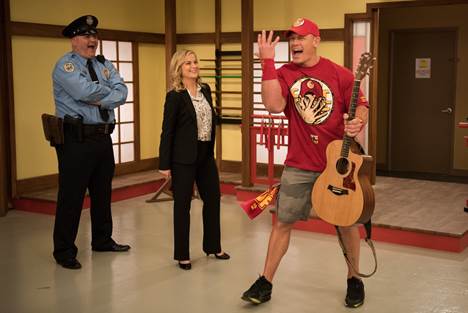 This should be interesting!