Today was a beautiful, sunny day and not too hot. In fact, it was perfect for a day outside at a tennis court. I am glad the Delray Beach Open invited my family to attend Kidz Day, which they organized on President’s Day for those families who had no school. (I was able to park closeby for just $5). While sitting through the actual professional matches was a bit out of their attention span, my kids still enjoyed the activities planned for them. 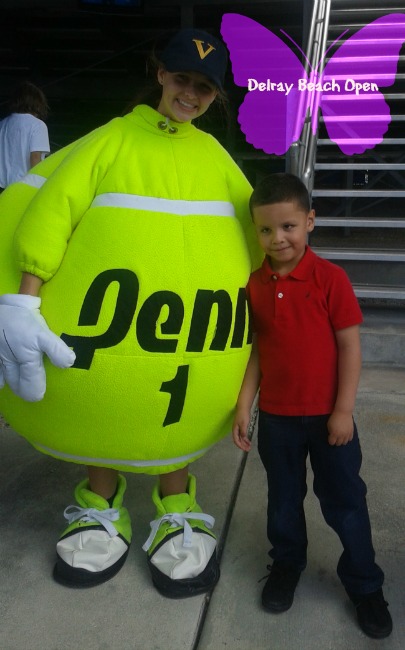 Isabella stopped off at the first table where she created a “Friends” necklace using lanyard and beads. It took us awhile, but we eventually found all the letters we needed to make the word. 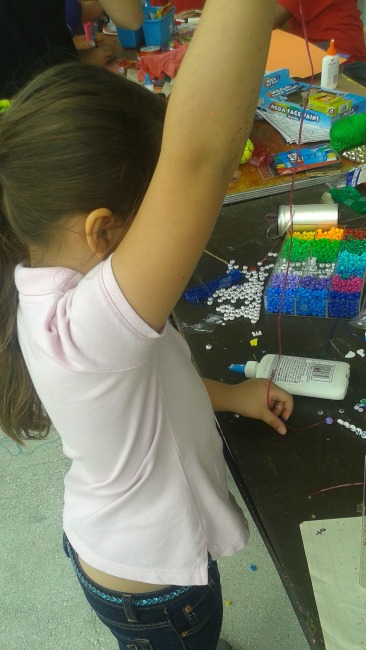 Joaquin was at first shy around the other kids, but he started to warm up when one of the helpers helped him to create a clothespin creature. Isabella decided she wanted one too! Her being her and marching to the beat of her own drum, she placed the eyes in different places than the rest, and she made a nose out of glitter glue instead of pom poms. 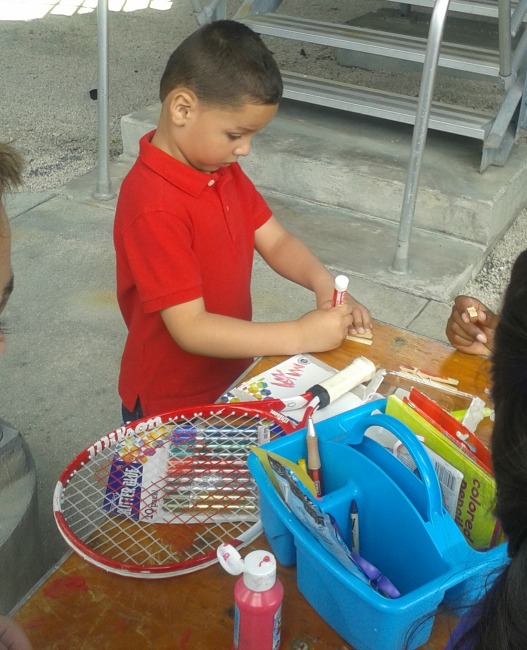 Then they headed over to the practice area where I attempted to show them how to hit ball. They really seemed to struggle with the concept of serving the ball up and hitting it forward with the racket. 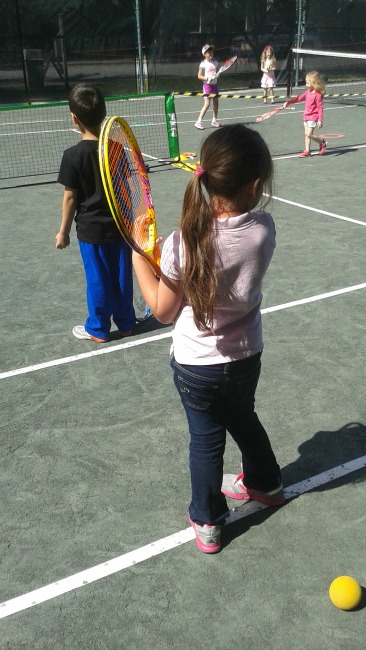 We rounded out the event with the some “arm” painting, since we don’t allow facepainting. Joaquin decided on Batman and Isabella wanted Minnie Mouse.

And before we left, we stopped to chat with another Heather, of Local Mom Scoop. The kids got hungry, so we made our final rounds of the vendors and then we headed out to our car. It is then the I discovered that I forgot the two clothespin creatures drying in the Kidz Zone. Since they had closed the Kidz Zone already, we could not go back to get them. Both my kids began to cry in the car on the way home, but then I reminded them we were going for lunch and they seemed to forget all about them. (Crisis averted.)

The tournament is still going on, so if you are into tennis and in South Florida, you can check it out for a few more days. For more info, click HERE.

Disclosure: I was provided tickets to attend this event. All opinions expressed are my own.