Dunkin’ Donuts recently launched a campaign emphasizing that they had food offerings throughout the day, not just breakfast. I was invited to a tasting event held at their Pembroke Pines location  at 11970 Pines Blvd, which allowed me to try out some of their featured items. We were encouraged to tweet with the hashtag #DDanytime throughout the event, so people could follow along with what we were sampling. 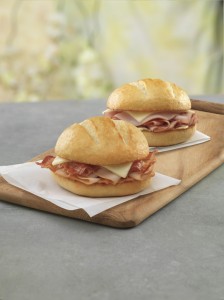 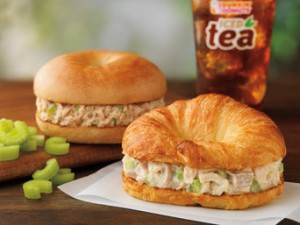 The first item I got to try out was the mint hot chocolate. See my tweet. I love mint, so this was a definite treat. Too bad I found out it was seasonal because this would definitely be a fave.

The next item up on was the Turkey, Cheddar & Bacon sandwich, one of DD’s new Bakery Sandwiches. Here’s my tweet. This was definitely a very yummy sandwich and I am not even a big turkey fan. The info we received said it comes with an Ancho Chipotle sauce, which I did not taste or see in the sample. 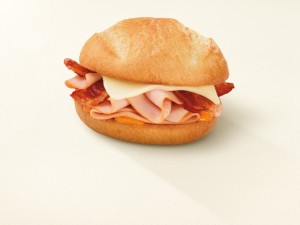 After that was the Tuna Melt on a Croissant. I definitely don’t eat tuna, but this was a really good sandwich. It seemed to be a crowd favorite. See my tweet. 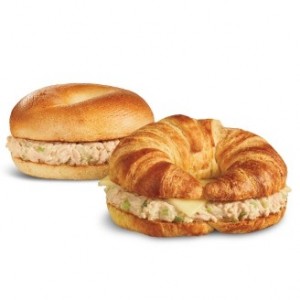 After that, we got to try out the Ham & Cheese Sandwich on a french roll. Here’s my tweet. I was looking forward to trying this one because I normally get ham & cheese when I go to the deli. I must admit, it was good, but the turkey one was really good. 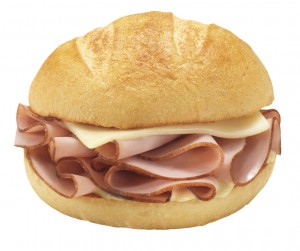 Then I got to try the Caramel Almond Mocha Iced Coffee. Here’s my tweet. I normally don’t like almond in my drinks because it tends to be too sweet. However, this drink tempers it in with the other ingredients so that it is not overpowering. 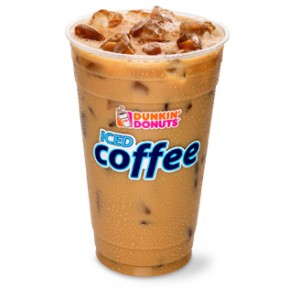 Then they brought out this DD franchisee creation. While for the rest of March, many franchisees will be selling the Lucky Mint Donut (glazed chocolate, chocolate icing, and mint chocolate bark), as well as the Green Shamrock Donut (yeast ring donut with green icing and shamrock shaped sprinkles), this particular franchisee created his own. It was a lemon jelly filled donut with white icing and mint bark topping. See my tweet. I liked the mint, but did not like the lemon. I usually don’t like lemon in any of my desserts. 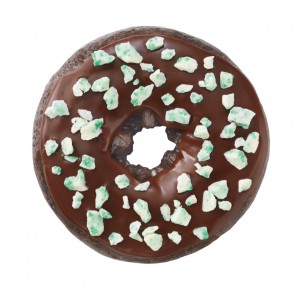 Then I got to try the Strawberry Coollatta. Here’s my tweet. I have tried other flavors, which I like, but had not tried this one before. I usually don’t like starwberry drinks, except this one tasted extremely fresh. You could taste that there were real strawberries in there, not just flavoring. (The picture is for a cherry one.)

After that we got to try the cheddar bagel twists. Here’s my tweet. I thought they were pretty good, not too cheesy. I really liked the pretzel-tasting one.

After that I revisited the sweet tea. Again this is really good, not too sweet. See the tweet. 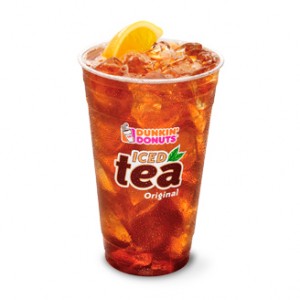 Then we had, what is to turn out to be one of the crowd favorites, was the Texas Toast Grilled Cheese. It features two slices of American cheese and one slice of white cheddar in between two pieces of thick-cut Texas Toast. I usually get Grilled Cheese when I go to Friendly’s. They are known for their classic grilled cheeese. I have to admit that the DD grilled cheese rivals theirs.

Last, but not least, the item they hoped for us to try was the new Angus Steak & Egg. Here’s the tweet. I have to say that I did not like it. I never eat Steak & Egg anyway, so that might play a roll. When I eat beef, I do prefer Angus because the cows are grass-fed.