Despicable Me 2 “DespicaBlimp” Takes Flight Tonight With Me In It! 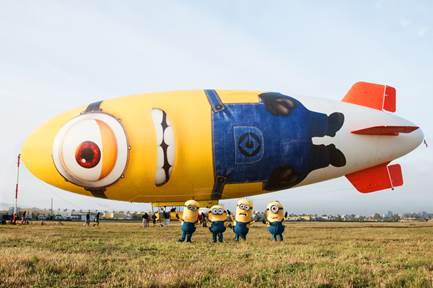 If you are in the Miami area tonight, look up!  You just might see a giant yellow Minion floating high above you, because Universal Pictures and Illumination Entertainment’s Despicable Me 2 Despicablimp is stopping by on its journey across the US.

Cruising at an average height of 1,000 feet, the Despicablimp is traveling approximately 20,000 miles over the next few months going from coast-to-coast and points in between.  The blimp made its first appearance Saturday, March 23 over Nickelodeon’s 2013 Kids’ Choice Awards.

And tonight, somewhere around 5:30pm EST, I will be getting a chance to go up in that blimp (up to 500 feet). This is a bucketlist-worthy item, which can not be purchased. You must be invited. How cool is that?

Visit the Despicablimp Command Center at www.despicablimp.comto track the airship via GPS and see the tour stops it is making along the way.  Fans can tweet sightings of the blimp or post photos to Instagram or Flickr using #despicablimp to be featured on the site, and for a chance to win weekly prize giveaways. There is even a Despicablimp sweepstakes, where one lucky Despicable Me fan will win a trip for four to the Hollywood world premiere of the film and get the once-in-a-lifetime chance to ride in the blimp! Follow @despicablimp on Twitter for real-time updates on where the blimp will be next. 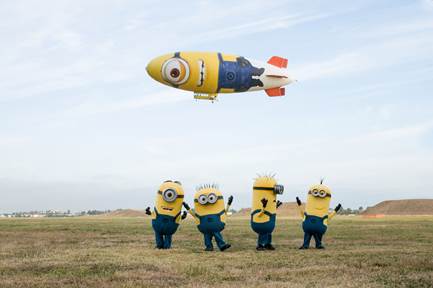 Here are two cool videos about the making of the DespicaBlimp:


DESPICABLE ME 2 – IN THEATERS JULY3!

Disclosure: While I am not being monetarily compensated for this post, I did receive an invite to board and fly in the blimp, which can not be purchased. All opinions expressed are my own. Some content above was provided to me, but was not required to be included in my post.