Disclosure: I am a WWE Ambassador and the WWE is providing me tickets to attend this event. No monetary compensation was received. 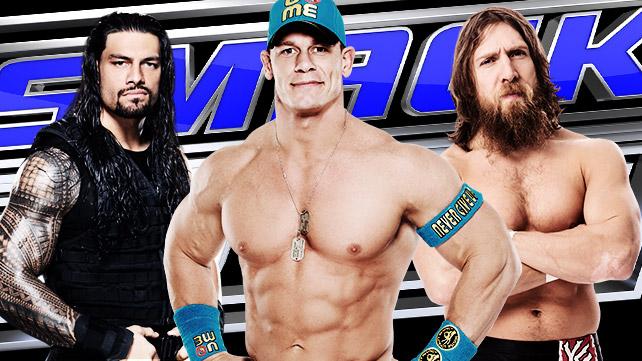 My son Joaquin is a HUGE John Cena fan. For a 5 year old boy, he is like Hulk Hogan would be to us. Joaquin even has this muscle shirt that he plans to wear to the SmackDown show on Tuesday. This time we don’t get to go backstage, but I just know he is keeping his fingers crossed that he will get to meet John Cena somehow. I know that it may not happen Tuesday, but it will happen. Like John Cena says, “Never Give Up!”

Last time we attended a show, it was in RAW in Miami at the AAA. This time around, the show is SmackDown at the BB & T in Ft. Lauderdale. A little closer to home for us, and slightly more intimate, attendees will get to see SuperStars John Cena, Roman Reigns, Daniel Bryan, Bray Wyatt, Big Show, Kane and Rusev.

Here is some info about the event in case you want to join us:

We are looking forward to this show! Anyone else going?

In case you were wondering, SmackDown does air on Thursdays (8pm EST on Syfy).